Tesla had its biggest year in 2020. After manufacturing over 509,000 vehicles and shipping just under 500,000 of them, thanks to the COVID-19 pandemic, the most challenging year in history, Tesla had resulted in its most prosperous campaign as an automaker in its short and storied history. As a result, Tesla also added successive profitable quarters to its streak, introduced a new Texas Gigafactory campaign in 2020, and started deliveries in China of the Model Y crossover.

The Silicon Valley-based electric carmaker, however, added to its expanded presence in the United States by registering more cars than Audi, despite Tesla having only mass-produced its cars since summer 2017. Data from Automotive News shows that 200,561 new Tesla electric vehicles were registered in the U.S. in 2020, surpassing Audi with just 184,000 vehicles. Mercedes-Benz, BMW, and Lexus were the only three companies which managed to register more cars in the luxury segment than Tesla.

Tesla has managed to make a name for itself in the highly competitive luxury vehicle market. Most of the Mercedes, BMW, and Lexus lower-end luxury vehicles are right in the wheelhouse with the average cost of a car in the U.S. ranging from about $40,000, for many households. In its Standard Range+ version, Tesla’s mass-market Model 3 is under $40,000, and before discounts, the Standard Range Model Y comes in only over the $40,000 threshold. In this group of affordable luxury vehicles, two of Tesla’s most economical EVs suit perfectly and both are a great fit for everyone for a variety of reasons.

Next, Tesla’s two mass-market vehicles are the Model 3 and Model Y. Before them, the Model S and Model X were the only vehicles sold, and they were far over the mark for the average cost of a car in the United States. Nevertheless, Tesla has always offered something that other automotive companies can not seem to figure out: electric powertrains with range, performance, and unmatched power.

For years, Tesla’s technology has outclassed rivals, especially as it is one of the few to currently offer continuous Over-the-Air software updates. Teslas are becoming the most sought-after vehicles because of their affordability, alignment with climate concerns, and unparalleled efficiency, along with the savings on gas and what could be a reintroduction to the $7,000 EV credit.

Tesla will only continue to surpass other long-standing names on the luxury car industry list, as production continues to be increased by adding new manufacturing plants and new manufacturing techniques. With Audi becoming the first victim of the four notable names, Tesla is preparing to surpass the next three to become the world’s most successful luxury carmaker.

SpaceX secures $850M equity funding round at $74B valuation 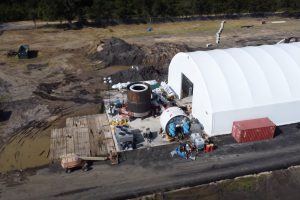 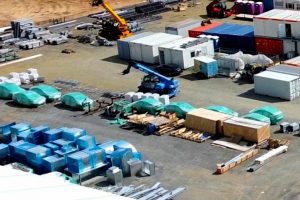 Tesla Model Y bodies were spotted at Giga Berlin over the weekend, 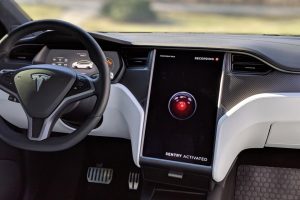