When a Tesla Model 3 yellow taxi was approved by the New York City Taxi & Limousine Commission (TLC), the EV automaker’s supportive community was excited to see it on the road. Now the Model 3 NY yellow taxi has been cruising through the Big Apple, offering rides along the way, for more than a month.

YouTuber Sam Sheffer recently shared a video about his impressions of the Tesla Model 3 NY taxi. He took an informative ride inside the New York City Tesla taxi cab with Rami, who drives the car. Rami told the YouTuber that it was his dream to drive a Tesla. As luck would have it, he was fortunate enough to be the first person in New York to drive the automaker’s only yellow taxi cab.

Sheffer described the vehicle as having all the bells and whistles that other yellow taxis in New York have, including the notable taxi cab medallion right on the hood. The yellow cab logos required during TLC inspections have been placed on the modified Tesla Model 3 taxi, too. Inside the cabin, the Tesla Model 3 New York taxi has a payment terminal for passengers at the back and a meter and receipt printer for the driver at the front of the vehicle.

The Model 3 New York taxi comes with all the usual features expected in a Tesla, like basic Autopilot. Rami also remarked that the Model 3’s range is cut significantly in his day-to-day driving, thanks in part to the cold weather.

Overall, the experienced taxi cab driver noted that his new ride receives a lot of attention. Rami said that people would frequently take photos of his Tesla taxi cab, highlighting the spreading interest in all-electric vehicles. However, some passengers are still unfamiliar with the way the Model 3’s outer door handles work, while others have difficulty exiting the vehicle as they are unaware of the Tesla’s unique inner door mechanisms.

Passengers’ unfamiliarity around the Tesla Model 3 taxi cab highlights the fact that the company still has some ground to cover in the vast auto industry. Even though Tesla has become a leading company within the EV sphere and has dominated the auto industry’s old kings in terms of market cap, it still needs to tackle the prominence of legacy automakers.

Watch Sam Sheffer’s first impressions of the Tesla Model 3 New York taxi in the video below. 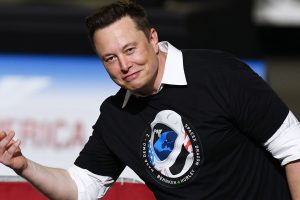 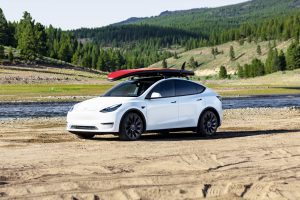