AutoTrader announced that the Tesla Model 3 is their pick for the 2020 New Car of the Year. The “New Car Awards” is an event that commends car makers for innovation in products launched year-round. This award is a little different from others as AutoTrader is asking consumers for their input, rather than a panel of experts on individual products or market leaders.

AutoTrader asked about some of the things that included performance, reliability, space, durability, quality, looks, features, and more. For 2020, the overall winner was Tesla’s Model 3, a 100 percent electric vehicle. They took 1st place in the following categories:

Yes, in all of those categories it took 1st place. By the way, the Model 3 is now UK’s 9th best-selling passenger car, with every other car on that list having a slightly lower entry price.

AutoTrader UK noted the significance of an EV taking the top prize. It shows just how valuable Tesla has made the EV in the mainstream.

“It’s a measure of how fast electric vehicles are going mainstream that this overall prize goes to a brand that builds nothing but EVs, and has been at the forefront of driving acceptance for them while also building the infrastructure to make them viable. A tech company as much as it is a car manufacturer, Tesla has shown huge ambition, this prize confirming it’s got the broader talent to show more established manufacturers how it should be done.”

One owner told AutoTrader UK that it felt like “driving the future,” while others spoke of its instant acceleration, how easy it was to drive, and the value of over-the-air software updates.

Rory Reid from Autotrader UK shared in the video that Tesla is well known for being daring when it comes to car design. Tesla was the first to add a 17-inch screen in the vehicle, it took the grills away because they weren’t needed, and it added a frunk, which is a good use of space under the car’s front hood that offers both storage space and a nice crumple zone to greatly improve safety.

Reid clarified that the car’s interior is rather straightforward and not trivial. He compared it to the first iPhone. “More importantly, the way you interact with the car is wildly different than anything else. Everything is done on a big screen — there are no physical buttons. What this reminds me of is when the iPhone first came out.”

Reid compared it to the iPhone because all other phones had physical buttons. Before the first iPhone was launched by Steve Jobs, it was just one wide touchscreen display and everyone thought he was nuts. “Fast forward 15 years, every phone looks like an iPhone. Look at the screen in the Mustang Mach-E. Look at the screens in the new Mercs. They say imitation is the sincerest form of flattery.”

Another thing that Reid explained about the award is that if it’s going to win Car of the Year, it has to make you want to spend time with it. He asked, “If you’ve got four cars in your driveway, which is the one that you’re gonna pick most often?” For Reid, it was the Model 3 because of how entertaining the vehicle was in that situation. This is actually one of many things that Elon Musk has focused on with Tesla.

In 2019, Elon Musk appeared at the Electronic Entertainment Expo (E3) and told Todd Howard and Geoff Keighley he was expanding Tesla vehicle entertainment options. “What can we do to make the car the most fun possible? “He was musing.

The Tesla Model 3 took over the auto industry and it’s easy to see why. It has high ratings for safety, high customer satisfaction and is affordable. However, the best thing about it is that when you drive it, it does not emit greenhouse gas emissions. It is obvious why the Model 3 received the New Car Award for 2020 from AutoTrader. 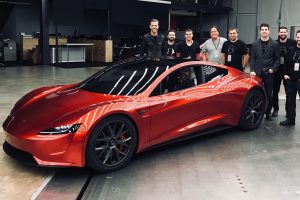 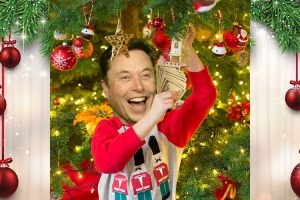 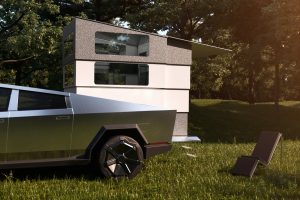