Filings with the Securities and Exchange Commission disclosed that, at the end of August, Edinburgh-based investment house Baillie Gifford, one of the largest institutional investors in Tesla (NASDAQ: TSLA), cut its stake in the firm by 5 percent. What happened was a “enforced” reduction because of the sharp spike TSLA stock has witnessed in recent months, according to the investment company.

The Scottish financial firm explained in a statement to Herald Scotland that it remains Tesla’s “solid supporter,” and its efforts to promote the implementation of renewable energy in the automotive and utility sector. The firm also noted that its recent SEC filing was a necessary move after its TSLA share reduction.

“Baillie Gifford’s shareholding in Tesla has dropped below five per cent at the end of August, therefore it is required to disclose this information to the U.S. Securities and Exchange Commission (SEC). It submitted this filing earlier today,” the firm stated.

As Gary Black, former Goldman Sachs CIO, clarified, the imposed reduction in the TSLA stake of Baillie Gifford reflects customer guidelines that no stock should surpass a certain percentage of the portfolios of customers, normally 10%. In the case of Scottish Mortgage Investment Trust, which is controlled by partner James Anderson of Baillie Gifford, at the end of July TSLA had already risen to over 13 percent of the Fund. That was before shares of the electric car manufacturer witnessed a meteoric rise after its 5-for-1 stock split was revealed.

While Tesla critics may interpret such news as a sign that the biggest institutional investors in the business are losing confidence in the electric car manufacturer, Anderson has noted that this is not the case. On the contrary, Baillie Gifford’s TSLA stake reduction occurred because TSLA stock was performing extremely well. Anderson also pointed out in a statement to the Herald that in the event TSLA stock dips, the company would be able to raise its stake in Tesla once again.

“The substantial increase in Tesla’s share price means that we needed to reduce our holding in order to reflect concentration guidelines which restrict the weight of a single stock in clients’ portfolios. However, we intend to remain significant shareholders for many years ahead. We remain very optimistic about the future of the company. Tesla no longer faces any difficulty in raising capital at scale from outside sources but should there be serious setbacks in the share price we would welcome the opportunity to once again increase our shareholding,” Anderson said.

Ultimately, Anderson acknowledged that at a crucial point in the development of the company, Baillie Gifford finds itself fortunate to have helped Tesla. Anderson also said Baillie Gifford is grateful for Tesla and their continuing efforts to drive forward groundbreaking environmental technologies that can contribute to the fight against a possible climate catastrophe.

“We are privileged to have been Tesla’s largest external shareholder over a critical period for the development of the company. We are immensely grateful for the extraordinary efforts and achievements of Tesla in driving forward a transportation and energy revolution in the face of persistent skepticism and often downright hostility. Without Tesla’s efforts the possibility of averting climate disaster would have been significantly reduced,” Anderson noted. 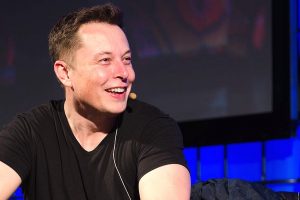 During a podcast interview with The Babylon Bee on Tuesday, Elon Musk 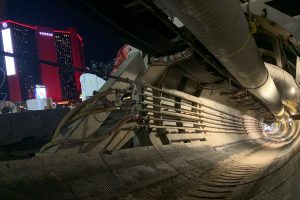 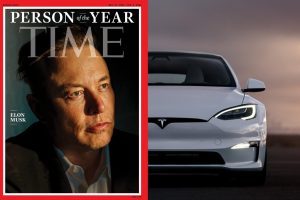 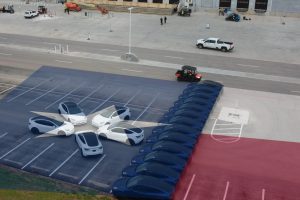 Preparations for the Cyber Rodeo at Gigafactory Texas are fully underway, and