Tesla is introducing a new 50% discount for Supercharging during the night at Supercharger stations in metro areas in California.

It’s the automaker’s latest move to help with network capacity.https://23a072d58f178a5de122b73c9b99f435.safeframe.googlesyndication.com/safeframe/1-0-38/html/container.html?upapi=trueAD

In that case, it looked like Tesla was trying to incentivize people to charge at night in order to offset expensive peak demand charges and reduce traffic at busy Supercharger stations.

During off-peak hours, Tesla was charging $0.09/kWh – a significant discount of less than a third of the regular price per kWh at most Supercharger stations in California.

Earlier this year, Tesla expanded those tests to other markets, including Norway and Sweden.

Now the automaker is introducing another type of Supercharger discount again in California, one of Tesla’s most important markets.

Several California-based Tesla owners are reporting having received this message in their in-app notifications:

Avoid the rush and save 50% on your charging fees before 10 a.m. and after 7 p.m. at all Superchargers in California’s major metro areas. For specific rates and eligible sites, tap the Supercharger map pin on your in-car touchscreen.

The focus on urban Supercharger stations appears to aim to incentivize Tesla owners who regularly use Superchargers as their main way of charging, mainly for apartment dwellers who might have difficulty getting home charging, to charge at night in order to reduce daytime usage and wait times.

Tesla’s Supercharger network is still maturing. Not too long ago, most owners were using it for free, but the automaker moved to a paid model as its fleet grew.

Now Tesla is trying to optimize the network as its fleet grows faster than over with close to 200,000 new vehicles every quarter.

Tesla recently deployed its 20,000th Supercharger in the world, and with a new Supercharger factory going online in China, the automaker is expected to accelerate its deployment of charging stations. 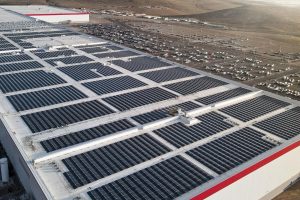 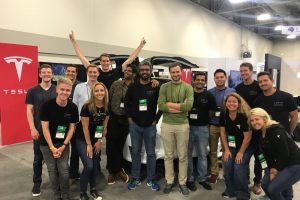 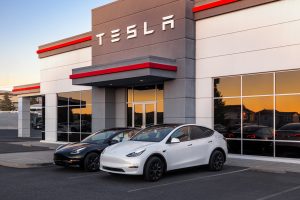 During the Q1 2022 earnings call, Elon Musk shared some details about