We have yet another hint that Tesla has grander plans beyond manufacturing and selling electric cars — the company continues to flirt with the possibility of becoming an electric utility provider.

The automaker has acquired a license to trade electricity in Western Europe according to a Reuters report. It also applied for a similar license in the UK earlier this year, which initially fueled speculation about Tesla’s future undertaking. While it’s one thing to acquire a license, the automaker sent a survey to current Tesla owners in Germany essentially trying to understand how and why customers would switch to a Tesla utility. In a copy viewed by Reuters, the service asked what would “encourage you to switch from your existing energy supplier?” and followed up with a question asking if they would buy a Tesla PowerWall for home storage if Tesla were supplying the power.

Perhaps most importantly, customers were asked by the company if they would allow Tesla to monitor when owners can charge their vehicle. This type of move could help control usage by a hypothetical Tesla utility company during peak energy times and provide cheaper rates. The basic idea isn’t new. Tesla already runs its Autobidder program in Australia alongside its massive battery farm in the country. Essentially, the system lets owners receiving energy give back to the grid when they don’t need it. With storage of PowerWall and controlled charging times, a Tesla utility company could attempt to balance the electricity grid at scale.

Experts who spoke to Reuters said it wasn’t likely that Tesla would do all of this alone, but instead would find a partner to break into space.

Why Tesla Battery Day is set to impress 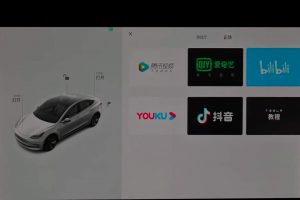 The 2021.04.05 Software Update was officially rolled out by Tesla China celebrating 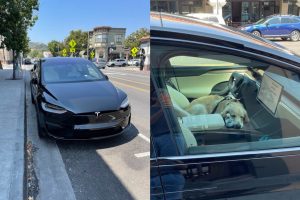 A Tesla Model X Plaid was spotted in the wild, testing Dog 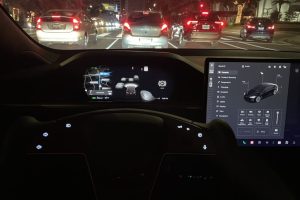