Tesla has announced that it will be expanding its virtual power plant in Australia to New South Wales, southeast Queensland, and the Australian Capital Territory with the Tesla Energy Plan. The update was announced on the company’s official LinkedIn page.

“Tesla’s Virtual Power Plant allows you to maximize your energy savings through flexible Time-of-Use rates. By monitoring and managing your Powerwall, our technology helps ensure your home is powered by the most cost-effective energy source. This helps to reduce your energy bill while increasing access to cleaner renewable energy throughout your community,” Tesla wrote.

Tesla Energy launched its Tesla Energy Plan in South Australia in 2019 for Powerwall 2 owners. This was followed by a price cut for the home battery system. Together with existing subsidies for renewable solutions, the opportunity to install a dedicated smart home battery system became a very attractive option for homeowners.

It did not take long before the Australia virtual power plant had an opportunity to showcase its capabilities. Later in 2019, an unexpected coal power outage happened in Queensland. Homeowners who were part of the Tesla Energy Plan responded to the power interruption using energy from their Powerwall batteries. This helped keep the grid stable enough.

Tesla notes that homeowners who sign up for the Tesla Energy Plan should not worry about their Powerwall batteries being compromised. The company guarantees a minimum 20% backup reserve during grid outages. The Tesla Energy Plan also limits the number of Powerwall discharge cycles to the grid to just about 50 per year.

To qualify for the Tesla Energy Plan, homeowners must have a Powerwall battery. They must also have an internet connection and an installed smart meter. A solar system of less than 15 KW per Powerfull is also advised. 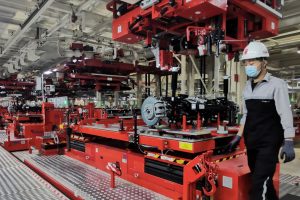