Tesla is not the only electric vehicle stock that Dan Ives of Wedbush believes could soar up to 50% this year. With the sector growing at an accelerating rate, Ives believes investors will be given the opportunity to diversify their portfolios with several companies that are showing tremendous upside moving into the end of Q1 2021.

“I think right now it’s a big enough ocean for more than one boat,” Ives said. “It’s not going to be just Tesla’s world.”

Ives detailed a robust growth to the EV sector that he believes will take place over the next ten years. Expecting the industry to grow into a $5 trillion market over the next decade, Ives thinks that the adoption of sustainability is a reasonably safe bet for 2021.

“In my opinion, EV stocks could be up another 40- 50% this year, given what we’re seeing in terms of a green tidal wave globally,” Ives added in an interview with CNBC on Monday. Ives believes that legacy automotive companies like General Motors and Ford, who have launched the prospect of several electric vehicles to be released over the next few years, could benefit from the adoption of EVs in 2021. Ford’s Mustang Mach-E has been popular with EV enthusiasts through its first months on the market.

“This is really going to be what I believe is a renaissance of growth for these automakers, and you’re going to see a re-rating,” Ives said about the two OEMs.

With the global electric vehicle market share expanding by 20% since the end of 2020 thanks to more widespread adoption globally, there is plenty of evidence to suggest that Tesla won’t be the only winner in the sector. Although Tesla is undoubtedly the leader in EVs because of its top-selling cars, robust EV tech, industry-leading range and performance ratings, and groundbreaking developments within the sector, other companies are expected to launch electric cars this year that could be appealing to EV enthusiasts.

While Lucid and Rivian are both set to launch their introductory EVs later this year, Ives is focused on the already established automakers who could begin to play a tremendous part in the transition to electrification.

“This is one of the most transformational growth trends in the last 20 or 30 years in terms of EV, and many are going to play and win in this sector over the coming years,” he said. 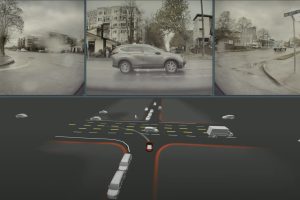 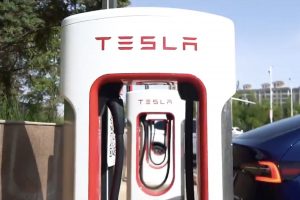 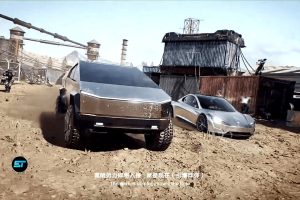