During his third podcast appearance on the Joe Rogan Experience, Tesla CEO Elon Musk broke down some of the improvements that Tesla made to the design of the Cybertruck. In November, Musk suggested that Tesla would slightly redesign the Cybertruck, offering some “small improvements” to the original design after some doubts about the vehicle’s size.

Tesla unveiled its Cybertruck in November 2019, with a futuristic, Cyberpunk-themed gathering at SpaceX headquarters in Hawthorne, California. Musk, together with Chief Designer Franz von Holzhausen of Tesla, unveiled the truck on stage, showcasing its polarizing nature and exoskeleton of efficiently indestructible steel.

The Cybertruck is the ultimate apocalypse vehicle combined with bulletproof glass, but some were interested in the all-electric pickup size. Questions about whether the vehicle would fit in a residential garage or in normal parking spaces were of significant importance for certain pre-orderers. In reality, a Los Angeles supercharging site actually offered design plans for Cybertruck-specific charging spaces that would be able to accommodate the massive truck.

Recently, Tesla finalized the Cybertruck design. Musk said that the company had finished making changes to the design during the Q4 2020 Earnings Call.

“So we finished almost all of the Cybertrack engineering. So we’re no longer iterating at the design center level or design level. We’ve got the designs fixed.”

New design images were never published by Tesla or Musk, but Musk outlined some of the improvements that were made in the most recent episode of the Joe Rogan Podcast.

Rogan then asked if the revisions were based on the tunnel of the Boring Company, which Musk brought Jay Leno through on an episode of “Jay Leno’s Garage” from MSNBC. Musk said that the fit of the Cybertruck in the Hawthorne tunnel was “pretty snug,” which may eventually have led to the revisions.

Musk reported to Rogan that at the end of 2021, the development of the Cybertruck will have restricted production and “hopefully next year” volume production. On the recently held Q4 2020 Earnings Call of the company, Musk suggested that the Cybertruck may be subject to certain delays.

“If we get lucky, we’ll be able to do a few deliveries toward the end of this year, but I expect volume production to be in 2022.”

Tesla’s Global Takeover: All You Need To Know About Tesla’s Factories 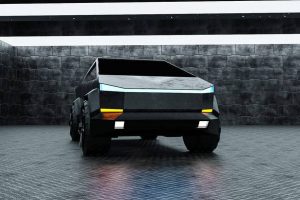 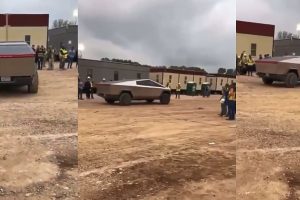 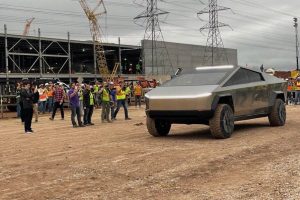