Tesla CEO Elon Musk said during the company’s Q4 and FY 2020 earnings call that the Cybertruck, the company’s all-electric pickup, would need a Giga Press that is larger than the already massive machines built for the Model Y rear underbody in the Fremont Factory. IDRA Group, the company that makes the house-sized die-casting contraptions, recently posted a video of the first of these devices.

Though IDRA did not specifically mention Tesla in its video, it did mention that a major electric vehicle manufacturer had placed an order for its first 8,000-ton die-casting machine. Apart from being a direct reference to Tesla, IDRA’s mention of the machine’s specifications also matches Elon Musk’s previous earnings call claims. In response to a question from an observer, the CEO claimed that the Cybertruck would “using an 8,000-ton casting press for (its) rear body casting.”

“Once again, IDRA makes a world’s first for technological innovation, and we are very proud to announce that today, on the 16th of March 2021, we’ve been able to secure the first order for an 8,000-ton die-casting machine. This order is being placed by a leading global manufacturer for new energy vehicles,” IDRA General Manager Riccardo Ferrario said.

The Giga Press, a formidable machine capable of manufacturing the all-electric crossover’s single-piece rear underbody, is used to create the Tesla Model Y. The Giga Press on the Model Y is a 6,000-ton machine, but since the Cybertruck is a larger vehicle, Musk said during the Q4 and FY 2020 earnings call that it will require an even larger die-casting machine. In the company’s recent video, the IDRA General Manager stated that the 8,000-ton press is designed to produce components for large vehicles like the Cybertruck, among others.

“This giant machine will be used for the production of chassis components of larger vehicles such as pickup trucks, full electric lightweight goods vehicles, and SUVs. It is a maestro, and not only shows the capabilities of IDRA’s technical superiority, but also validates the many, many years of hard work that have gone into realizing this project,” Ferrario said.

The General Manager of IDRA’s video mentioned other vehicles, such as SUVs and fully electric lightweight vehicles, that could be produced using the 8,000-ton Giga Press. Given that the 8,000-ton Giga Press can produce larger parts, a Tesla transit van or even a large, full-size SUV may be a possibility. After all, Elon Musk said in his Master Plan, Part II, that Tesla will be extending its electric vehicle lines to address major segments. With this in mind, the Cybertruck’s Giga Press may very well be the machine that brings Tesla one step closer to completing Musk’s grand strategy’s second phase.

Watch a video of the Cybertruck’s 8,000-ton Giga Press in the video below. 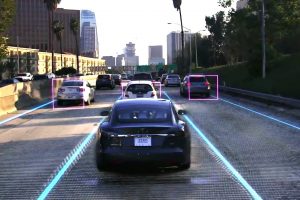 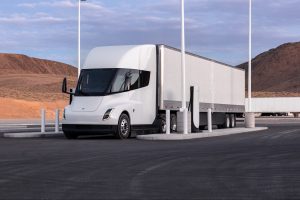