Elon Musk talked about the 8,000-ton press during the latest earnings call, after an institutional investor question asked about Cybertruck’s latest developments. He remarked that the design of the all-electric pickup has been completed.

“We’ve got [the] design fixed. We’re getting to…soon order the equipment necessary to make the Cybertruck work,” Musk said at the Q4 2020 earnings call.

“We’re actually going to be using even bigger casting machines for the rear body of the Cybertruck because it’s a bigger vehicle and you’ve got a long truck bed that’s going to support a lot of load. So we’ll be using an 8,000-ton casting press for the rear body casting as opposed to the 6,000-ton for the Model Y.”

Giga Texas, also dubbed Tesla’s Cybertruck factory, will be the first facility to produce the EV pickup truck. Texas will definitely be the place to watch to get a glimpse of Tesla’s 8,000 ton Giga Press for the Cybertruck.

Original by Maria Merano at Teslarati. 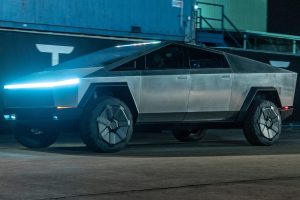 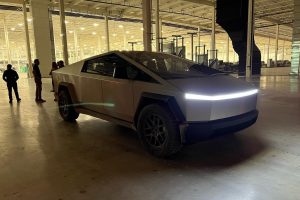