YouTuber, Rich Rebuilds, designed and tested their own version of the Tesla Cyberquad electric ATV at more than 100 mph.

As Tesla introduced last year’s Cybertruck, Elon Musk had a little “one more thing” moment on stage as they brought the Tesla Cyberquad, an electric ATV, to demonstrate the Cybertruck’s bed’s loading capabilities.

At the time, it wasn’t clear if Tesla planned on making the electric ATV available, but CEO Elon Musk later confirmed that it will be an option for Cybertruck buyers.

Many people can’t wait for Tesla to make it a reality and like the Cybertruck, the effort to create their own Tesla Cyberquad has inspired many DIY projects.

The best so far definitely comes from the guys at Rich Rebuilds who just finished their Cyberquad construction:

They basically built the same prototype that Tesla put together to launch the Cybertruck. Tesla would probably do something special with the production version, but it looks like Tesla used a Yamaha Raptor ATV and converted it to electric with what seems to be a Zero Motorcycle electric motor.

Rich Benoit and Steven Salowsky from Rich Rebuilds already had experience using a Zero Motorcycle powertrain to do electric conversions. To get the project started, they bought a 2008 Yamaha Raptor 700 ATV and salvaged parts from Zero Motorcycles bikes.

Benoit tried to transform the Raptor with the electric powertrain at first but Salowsky took on the ambitious task of making the body look like that of Tesla Cyberquad.

Here is the email they wrote to Electrek:

“They were going to just convert it, then Steven offered to design it to replicate the Tesla Cyberquad. It started out as origami to create a sense of scale to the pieces, and then Rich had wired the bike up with its new zero motor powertrain and welded the new drive unit to the rear, and Steven restructured a new aluminum trestle frame onto the existing quad frame, and then formed and cut the new body.”

They had their own Tesla Cyberquad hybrid ATV about 300 hours later. They are achieving some crazy performance with the vehicle as you can see in the video above. Going from 0 to 60 mph in 3.9 seconds, a lot quicker than the 5.4 seconds of the original Raptor and reached a top speed of 102.5 mph. 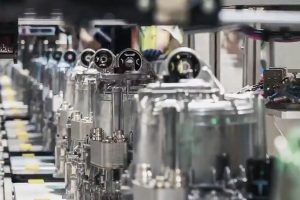 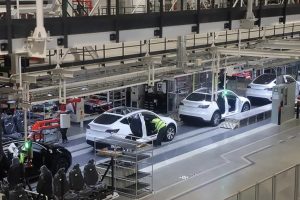 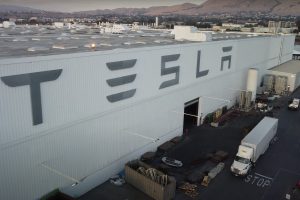 Tesla’s request for tougher penalties on automakers that fail to meet U.S. fuel 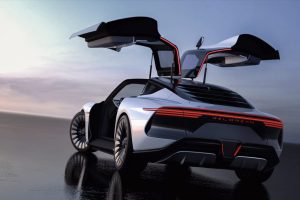