Tesla (NASDAQ: TSLA) is seeing some bumps in stock price and in outlook from Wall Street analysts after China’s initial deliveries of the Model Y.

The company’s stock has remained relatively stagnant over the past week, hovering between the $820 and $860 mark in a seven-day period. Tesla’s initial deliveries of the Model Y in China, however, have added some momentum to the automaker’s stock, as it sits with a 1.3% boost so far during Tuesday’s trading session. At the time of writing, Tesla stock was trading around $837 after starting the day just above $826.00.

The stock is also receiving boosted outlooks from Wall Street analysts, like Phillipe Houchois of Jefferies, who boosted his price target from $650.00 to $775.00. Houchois, who holds a “Hold” position on Tesla stock, has a 62% success rate and an average return of 30.2%, TipRanks.com shows.

Houchois revised his price target based on the expectation of positive results from Q4 2020, and Tesla sits in a prime position to dominate the Chinese EV market, even though competitors are making significant strides moving forward. “Tesla looks set to remain a benchmark by challenging the auto industry business model at multiple levels (from EVs to battery tech/capacity, autonomy, design to manufacture and direct selling),” Houchois wrote.

Tesla launched its second vehicle in China last week with the Model Y, joining the Model 3. Reports indicate that the Model Y crossover is contributing to overwhelming demand in China as showrooms were full of potential buyers on launch day. Now, Tesla is booked up until Q2 in China as far as Model Y reservations are concerned. The company’s China website states that the next round of deliveries is expected to take place during “the second quarter of 2021.”

For Houchois, Tesla has a sustained environment of success in China based on the evident denial of EVs by legacy automakers and OEMs. “Throughout 2020, the re-rating of Tesla…effectively created the positive long-term or terminal value that traditional OEMs have been denied for years. We continue to think it is up to traditional OEMs to address and shrink their legacy issues or risk being marginalized,” the analyst wrote. “While the transition to electrification is by and large a zero-sum-game of substitution, it could become a negative-sum-game for traditional OEMs if they let too many new entrants…gain viable share.”

While Tesla faces other competition in China with brands like Nio, Li Auto, and Xpeng, it still has an undeniable lead in the country. In November, the Model 3 was, by far, the highest-selling EV in the country with over 113,000 units sold, according to the EV Sales Blog. Model Y demand, along with sustained Model 3 demand, should keep Tesla as the leader in China, especially as it looks to widen its product line in the world’s largest automotive market moving forward. 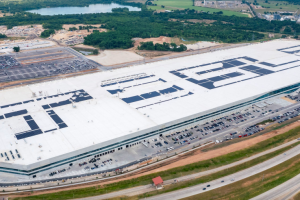 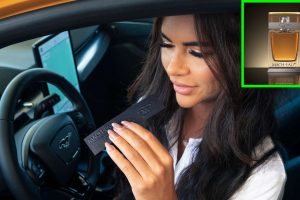 Over the weekend, Ford unveiled a petrol fragrance for future Mach-E GT