Teslas are no longer allowed to be purchased by Chinese military members or employees of government-owned interests, China’s government recently decided. According to sources, Chinese officials have expressed concerns regarding data-collection through a Tesla’s exterior cameras. The vehicles seem to raise suspicions of possible intelligence leaks as relations between the United States and China are a sore subject of discussion.

The Wall Street Journal said that Tesla vehicles underwent a security review from Chinese officials. The main points of concern came from the cameras, and the synching of mobile phones to the car, a process that the Chinese government believes could lead to data being leaked to U.S. Government entities. Therefore, the ban only applies to military personnel and those who government-owned companies employ. Chinese President Xi Jinping has focused on the government’s exclusive use of Chinese technology, which aligns with the United States’ recent restriction on using China-made communications equipment.

Sources told WSJ that the Chinese government informed some of its agencies to stop driving Teslas to work. Others said Teslas were banned from diving into housing compounds for families that work in State-related interests or sensitive industries.

Dan Ives and Strecker Backe, analysts for Wedbush, commented on the matter:

“China led a security review of Tesla’s EVs and reportedly found that Tesla’s sensors could record image [sic] of their surrounding locations…fears around location monitoring and surveillance with Tesla being a U.S. company clearly sent some fears up the chain in the Chinese government and military that led to this action out of left field.”

China has been a main point of focus for Tesla as it begins to expand internationally. The company’s Giga Shanghai production plant began delivering cars to Chinese citizens just over a year ago in 2020, and the Model 3 and Model Y have been among the country’s most popular electric vehicles, sharing a considerable market share with the HongGuang Mini EV. It doesn’t appear that the government will begin to take any action against citizens using Tesla’s vehicles. It is unclear how much of an effect the ban will have on Tesla’s sales in China, but it likely will not be monumental as no public ban has been rolled out. 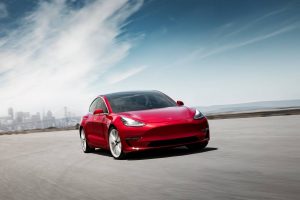 Yet another report shows that Americans still don’t get electric cars. Though

Tesla’s Model 3 Long Range configuration is sold out for 2022, according