Though it often falls under the radar relative to SpaceX’s high-profile Boca Chica Starship hub, another even more important Texas outpost appears to be busier than ever testing the rocket engines and boosters instrumental to all SpaceX operations.

Famous for occasionally supporting half a dozen or more rocket tests on busy days, SpaceX’s McGregor, Texas facilities showed off exactly that kind of rapid-fire activity on Friday, March 19th, flexing the sheer variety and volume of rocket hardware liable to pass through its gates.

Located on the grounds of a former US military explosives factory, SpaceX’s McGregor, Texas rocket development and test facilities have been testing Falcon, Dragon, and Starship parts and supporting each program’s development for a decade and a half. After being fabricated and assembled in Hawthorne, California, virtually every single active propulsive component SpaceX has ever flown has spent some amount of time in McGregor.

For boosters, every cold gas maneuvering thruster is qualified in Texas before being sent back to Hawthorne for final installation. Each stage’s nine Merlin 1D engines are individually tested in McGregor, shipped back to Hawthorne, installed on a booster, shipped back to McGregor, and static fired as an integrated first stage before SpaceX deems a Falcon 9 or Falcon Heavy core ready for flight. The exact same process (separate engines and thruster qualification followed by integrated vehicle testing) is performed with Falcon upper stages and their Merlin Vacuum engines, as well as all Dragon spacecraft and their Draco (and SuperDraco) thrusters. The same is true for the two Raptor engine variants and cold-gas thrusters that power Starship.

On March 19th, nearly all of those different engines and vehicles – and the separate stands used to test each of them – came together for an exceptionally busy day at McGregor. According to local resident Reagan (@bluemoondance74), who lives within earshot of SpaceX’s extraordinarily busy rocket testing HQ, at least five unique tests were performed in just six hours – all but one of which was squeezed into the last ~125 minutes.

Around 2:40 pm, an unknown test – possibly a Merlin Vacuum (MVac) or Merlin 1D (M1D) engine – kicked off the salvo. Four hours later, SpaceX completed arguably the most significant test of the day, firing up the first Falcon Heavy center core to head to McGregor in almost 24 months. Assuming that static fire was a success, the booster will be inspected, have its tanks cleaned, and be shipped to Florida to complete the first stage of SpaceX’s fourth Falcon Heavy rocket for a launch as early as July.

An hour and a half after the Falcon Heavy center core’s static fire, SpaceX fired up a Raptor engine (either a sea level or vacuum variant), followed by another likely M1D or MVac test just minutes later. Finally, at 8:52 pm, SpaceX ignited a second Raptor engine at an entirely separate vertical test stand (known as the tripod stand) recently modified to support testing Starship engines in a more flight-like configuration. Altogether, assuming no repeated tests, SpaceX effectively tested a booster and 13 (9+4) rocket engines in a little over six hours.

More likely than not, one or both of those Raptors will soon find themselves on a Starship or Super Heavy prototype in Boca Chica. The M1D and/or MVac engines will assuredly find a place on a future Falcon booster or upper stage. The Falcon Heavy center core (B1065 or B1066) is scheduled to launch as early as July 2021 and will be the first of its kind to fly in an intentionally expendable configuration. Another Falcon Heavy center core – possibly B1067 – will likely also find itself in McGregor within the next few months for the rocket’s fifth launch, scheduled no earlier than (NET) October 2021.

All told, SpaceX’s McGregor rocket testing HQ is about as busy as – if not busier than – it’s ever been as the company works towards an unprecedentedly ambitious 48-launch 2021 manifest, builds and flies at least four Dragon spacecraft, and pursues an even more ambitious effort to begin orbital Starship launches this summer. Quieted away in rural Texas, McGregor may largely go unnoticed but its infrastructure remains as integral as ever for virtually every single SpaceX project – past, present, and future. 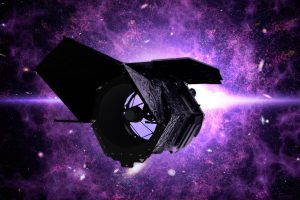 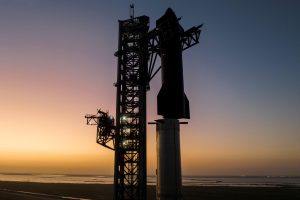 For the first time in more than six months, SpaceX has stacked 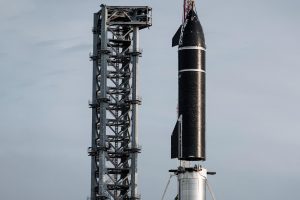 On August 6th, after a great deal of anticipation, SpaceX stacked a