SpaceX has rapidly turned around one of its two East Coast ‘autonomous spaceport drone ships’ and sent the vessel back to sea to support the sixth and final Falcon 9 launch planned this month.

Drone ship Just Read The Instructions (JRTI) was tasked with supporting Falcon 9 booster recovery for Transporter-4 and Starlink 4-14. Now, less than a day after returning to Port Canaveral with booster B1060, the ship has been towed back to sea to support another Starlink launch and landing.

Due to almost two weeks of launch delays caused by Dragon recovery challenges, drone ship A Shortfall Of Gravitas (ASOG) – the second of two East Coast drone ships – has been stuck at sea while waiting to support NASA and SpaceX’s upcoming Crew-4 astronaut launch. To preserve plans for a late-April Starlink mission, SpaceX’s recovery team has needed to move about as fast as they ever have to allow JRTI to take ASOG’s place.

Following Starlink 4-14’s April 21st launch and landing, drone ship JRTI sailed into Port Canaveral around 2am EDT, April 24th. Within minutes of arriving at its usual berth, a dockside crane had swung over and begun installing a lifting cap on top of booster B1060. Less than four hours later, the booster was lifted off of JRTI’s deck and moved onto dry land, freeing up the space it occupied for any necessary inspections or repairs. The quick booster removal also gave SpaceX time to drive the drone ship’s robotic ‘Octagrabber’ recovery robot into a garage on its deck.

Just after 8pm EDT, less than 16 hours after JRTI reached its berth, support ship Bob towed the converted barge back out to sea. If Starlink 4-16 launches on time on April 29th, Just Read The Instructions will narrowly beat a three-year-old drone ship turnaround record (8d 6h) set by Of Course I Still Love You (OCISLY) in early 2019; recovering Falcon 9 booster B1062 just 8 days, 3 hours, and 42 minutes after Falcon 9 B1060 – and despite traveling ~1950 km instead of ~1850 km.

Ultimately, that distance is the main reason the current record has survived for so long. Short of building or modifying a new kind of recovery ship with a different type of hull, a flat-bottomed barge – towed or self-propelled – will never be able to traverse hundreds of miles of open ocean at high speeds.

Aside from breaking a potential drone ship turnaround record, Next Spaceflight reports that Starlink 4-16 will also almost certainly beat SpaceX’s current Falcon 9 booster turnaround record. Falcon 9 booster B1062 last launched Axiom-1 at 11:17 am EDT on April 8th. A 5:33 pm EDT, April 29th launch would translate to a turnaround time of 21 days and 6 hours, beating the current record of 27 days and 4 hours – set by B1060 in early 2021 – by more than a quarter.

If Crew-4 launches roughly on time, Starlink 4-14 will be SpaceX’s sixth launch in four weeks and 17th launch of 2022. If the company can sustain that pace over the remaining two-thirds of the year, it could feasibly launch more than 51 times in 2022. 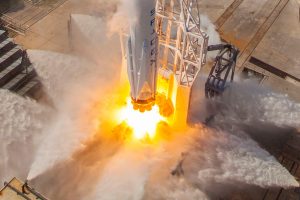 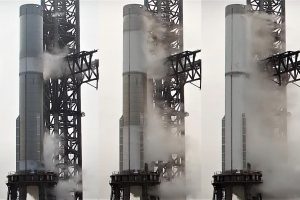 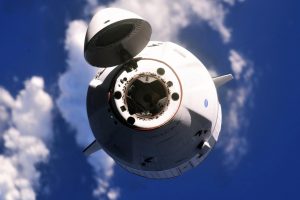 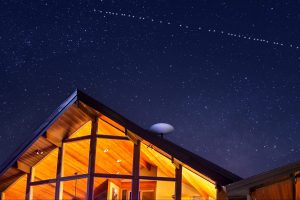