SpaceX and financial company Shift4 have revealed what could become the world’s first private orbital astronaut launch – and two of Crew Dragon’s four seats are up for grabs in a public raffle for charity.

The venture has been deemed Inspiration4 and is closely related to the St. Jude Children’s Research Hospital and charity, spearheaded by US billionaire and Shift4 Founder & CEO Jared Isaacman. Isaacman has committed to contributing no less than $100 million to the medical non-profit and intends to collect another ~$200 million by using the extraordinary venture to draw public interest, in addition to his purchase of a private SpaceX trip to orbit.

Most importantly, two of the four available Inspiration4 seats will be randomly raffled, one to a person who donates to St. Jude and the other to anyone who starts an online store through the e-commerce platform of Shift4Shop (formerly 3dcart). In other words, for the first time, Inspiration4 offers a real opportunity for almost every US resident (and probably even a non-citizen, according to Elon Musk) to launch into space.

This is the second launch revealed in recent months for the private Crew Dragon. In 2020, Axiom Space announced that a Crew Dragon and Falcon 9 launch had been purchased to send the world’s first entirely private mission to the International Space Station (ISS). Axiom revealed the full crew manifest only days ago and reported that the launch had slipped slightly to no earlier than (NET) January 2022 from November or December 2021.

Inspiration4 says it is currently planning to launch NET Q4 2021, a target that would make the company the first private orbital astronaut launch in the world if sustained. Jared Isaacman himself, “a St. Jude ambassador with direct ties to the mission who exemplifies the pillar of Hope as well as the courageous vision upon which St. Jude was founded,” and two random members of the public will be on board.

Inspiration4 will be a free-flyer flight, unlike the first contracted launch of Axiom, which means that Crew Dragon will operate for “2-4 days” as its own small space station before re-entering and returning its private astronaut crew to Earth. This is the second Crew Dragon free-flyer mission to be confirmed after Space Adventures revealed an attempt to book four wealthy passengers in February 2020 to “break the world altitude record for private citizen spaceflight.“

Inspiration4 is the fourth serious attempt revealed in the last 12 months to fly private astronauts on a SpaceX Crew Dragon and is unlikely to be the last. The medical screening mentality of SpaceX, according to Isaacman, focuses on how to get someone into orbit, rather than how to ground someone from orbital spaceflight, dramatically increasing the likelihood that the ticket raffle would be completely random. 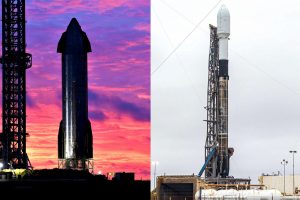 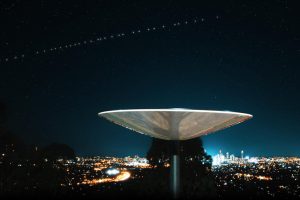 With roughly 1,800 satellites in orbit, SpaceX’s Starlink is well on its 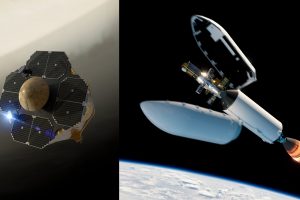 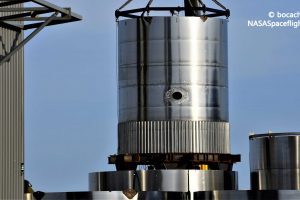