On Sunday, Porsche shared more details about the Macan Electric, a new electric vehicle that will be built on a new platform, the Premium Platform Electric (PPE). Porsche co-developed the PPE platform with Audi.  The new Macan EV and a few details were announced at the Porsche Experience Center in Franciacorta, Italy. The automaker says that the new fully electric Macan will have improved range and charging as well as sharp handling.

Starting with the 2024 Macan EV, all PPE Porsches will have a new 100-kWh battery pack with 800-volt architecture. Porsche noted that this size of a battery pack is the best compromise between range and performance.

Porshe says that the initial peak charge speed targets for the new platform vehicles are “a little bit” higher than the rate the Taycan is capable of, 270 kW. It added that the Macan Electric can charge from 5 to 80 percent on a 350-kW charger in less than 25 minutes.

The Macan EV’s battery pack is capable of what the automaker says is “bank charging,” a technology that allows the vehicle to split its 800-volt battery pack into two 400-volt packs for separate charging, which allows for quicker charging.

The 100-kWh battery pack is made up of twelve prismatic cells that contain an 8:1:1 ratio of nickel, cobalt, and manganese. Porsche noted that this helps it achieve a higher energy density than the 7:1:2 ratioed cells in the Taycan’s J1 platform.

The PPE platform will enable both rear- and all-wheel-drive versions of its EVs and allow for a maximum output of around 603 horsepower and 738 pound-feet of torque. The automaker said that the Macan EV will be the “sportiest model in its segment” due to its “performance rear axle.”

The PPE platform can be adjusted as needed to suit a number of vehicles and won’t support more than two electric motors or the use of wheel-mounded hub motors.

In 2019, Porsche announced that the Macan was going electric and would be produced at its Leipzig plant. In 2021, Porsche revealed that the Macan EV started real-world testing and said that the new EV wouldn’t enter the market until 2023. Porsche is still on track to officially reveal its 2024 Macan Electric in late 2023 or early 2024. Deliveries are expected sometime in 2024. 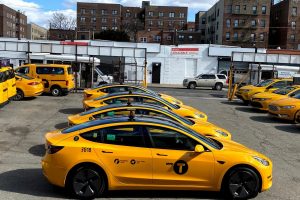 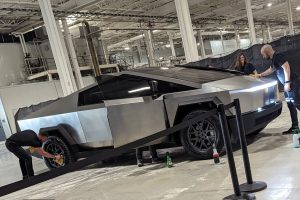 Tesla’s Giga Texas Cyber Rodeo is in full swing, and many people 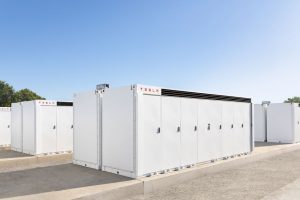