Yet another report shows that Americans still don’t get electric cars.

Though the December 17 Consumer Reports (CR) release has a headline that says “survey finds majority of drivers are interested in electric vehicles,” it’s the subtext that counts.

That subtext: almost 70 percent of those surveyed fall into the category of “I don’t know much about them.”

“I’ve heard of plug-in EVs but don’t know much about them”: 68 percent of those surveyed by Consumer Reports (December 17, 2020)

This sentiment is backed by countless past surveys from other organizations like J.D. Power, which say more or less the same thing.

But who needs a survey?

Just broach the subject of electric cars to any random person (think: family gathering) and watch their eyes glaze over. This has happened to me many times over the years. The message: “I like my gas car, don’t confuse me.”

Or next time you’re on the highway, check out how many EVs you can spot among a sea of gas cars. Even in Los Angeles* — a Mecca for EVs in the U.S. — that can be a challenge in many areas.

While electrics are still a mystery to most Americans, another finding highlighted in the CR survey says that “7 in 10 American adults with a valid drivers license are interested in getting a plug-in electric vehicle (EV) in the future.”

Tesla, and more specifically the Model 3, probably has something to do with that. It’s synonymous with EVs for lots of Americans — who would have to be Internet-less living off-grid in an Alaska outback with no neighbors or friends to not know a little about Tesla and at least thought about the prospect of owning an EV.

“Charging is a concern for many; among drivers who are not definitely planning to purchase or lease a plug-in EV for their next vehicle,” the CR survey said.

Almost half (48%) say there are not enough public charging stations.

Let’s face it, a lot of Americans won’t buy an EV until they see a massive charging station at every major Interstate rest area right next to a Wendy’s.

“Drivers are used to plentiful gas stations, and may not realize that if they have a personal garage or driveway, they’ll be doing most of their charging at home,” CR added.

More than 7 in 10 say that they need a wider variety of vehicle types such as SUVs and pickups to be available as plug-in electric models, CR said.

Probably the best thing that EVs have going for them is people who already own EVs. As that network gets wider and wider, more car buyers will understand that electrics are a no-brainer. As in: very-low-maintenance, cost less to “fill up” (recharge), quiet, fast acceleration, regeneration (add energy instead of just using it), clean (no lubrication stains on the garage floor), and — in the near future — much more affordable.

Try that pitch on a random person sometime in 2021, who knows it might work. 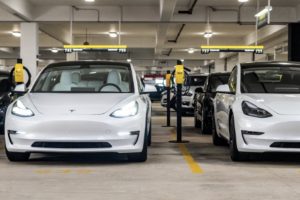 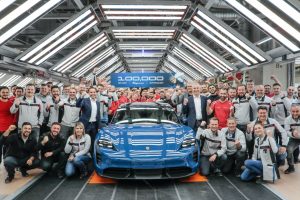 Porsche announced today that the company has produced its 100,000th Porsche Taycan 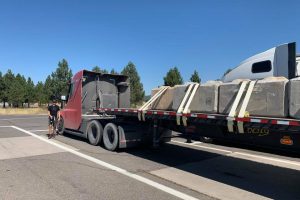 The Tesla Semi is about to electrify Canada’s logging industry, with Mosaic