General Motors has announced that it has temporarily paused ad spending on Twitter as the social media platform changes ownership.

Twitter’s leading source of revenue has always been advertising, and advertisers often use the platform to communicate more directly with consumers regarding their products. But as the platform has entered tumultuous times regarding ownership and content moderation, some advertisers are hesitant to continue on the platform. General Motors (GM) is one such advertiser who announced that they had paused their ads on Twitter temporarily.

In a comment to Reuters, a GM spokesman stated the automaker is “engaging with Twitter to understand the direction of the platform under their new ownership.” GM did not specify what policies or changes, in particular, they were concerned about.

This decision comes only days after new Twitter owner Elon Musk attempted to ease the concerns of advertisers via a message he posted on the platform. In which Mr. Musk outlined his reasoning for purchasing the company, explained the current situation, and outlined some plans regarding advertising on the platform:

Mr. Musk specified yesterday that no changes have yet been made to the Twitter code, and this is likely on purpose, as the new CEO has called in Tesla software wizards to check over the software. At the same time, as so many have complained regarding content moderation on the platform, Mr. Musk has specified that a content moderation board “with widely diverse viewpoints” will help dictate a better user experience in the future.

GM’s decision to pause advertising highlights a current fracture of the Twitter ecosystem. While some have heralded Mr. Musk’s arrival as a revitalization of the platform, others have seen it as quite the opposite. As is typical for the community, both groups have made themselves heard quite well.

It is an understatement to say that Mr. Musk has a challenge ahead of him, not only regarding the platform’s now warry advertisers and its ever-toxic userbase, but even pertaining to the company’s employees. But, if he can turn the company around, he will undoubtedly be worthy of the praise that so many users have (perhaps prematurely) awarded him. 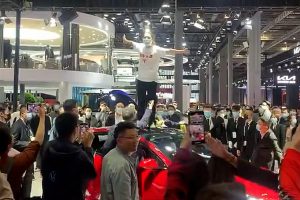 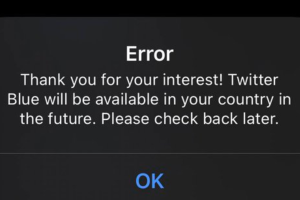 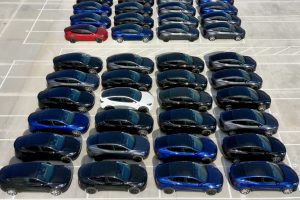 Tesla sent out emails to reservation holders near Giga Texas, giving them