Tesla CEO Elon Musk recently trolled Russia’s warmongering president Vladimir Putin on Twitter, and I’m sure everyone has seen the headlines. In all seriousness, what Putin is doing to Ukraine and its civilians is incredibly monstrous and he needs to stop. However, I’m in no position to stop him.

A couple of weeks ago Elon challenged Putin to a one-on-one fight with the winner taking Ukraine. Putin didn’t reply, but his political mouthpieces spoke for him, hyping him up and claiming that the West and the US look at Putin in awe. I’m sorry, but eww.

Now, many may think Elon Musk has lost his mind, but I seriously doubt that this is the case. Elon has shown tremendous support for Ukraine and its citizens.

In any case, I think Elon’s trolling of the Russian president is marketing, and not for himself but for Ukraine. Elon is a sensation with the media — and by a sensation, I mean they love reporting on almost everything, especially if there’s a chance for things to intentionally be taken out of context.

That said, Elon knows this and I think he used it to the advantage of Ukraine. We all know how the mainstream media works in regard to current events. Something happens and it gets sensationalized. Then it gets forgotten. While people struggle and suffer, the world moves on to the new thing.

One of Putin’s allies, the Chechen leader Ramzan Kadyrov, shared a Telegram post mocking Elon and calling him Elona. Naturally, Elon temporarily changed his name to Elona Musk on Twitter for a couple of days.

Kadyrov also shared ways for Elon to get stronger before facing Putin. Insider noted that Kadyrov has claimed to be on the battlefield and that Ukrainian and Russian news sources have reported Chechen soldiers fighting in Ukraine.

I think it’s hilarious that Elon Musk trolled Putin in this way, and in its own way, it will help bring more attention to what’s happening in Ukraine. That attention could translate to more donations and ways to help those truly in need. However, the real problem is Putin and his bloodthirsty cronies. Russia recently bombed a theater where it was reported that hundreds of civilians were taking shelter. The theater had “CHILDREN” marked on it. This is one of countless horrid war crimes and crimes against humanity that Putin’s soldiers has committed.

The fact that Putin is just fine with bombing children should sicken everyone in the world. There’s no doubt that he wouldn’t face Elon, but instead would try to poison him or use one of his friends to bring harm to him. Putin is a coward who bombs children and has no respect for life. 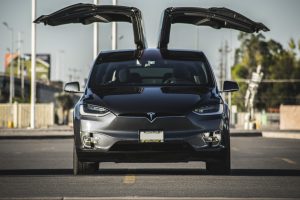 Heavy traffic is typically boring, so much so that every driver and