In February 2015, Tesla CEO Elon Musk said that Tesla’s stock price and market cap could go into “insane mode” (which was a feature on Tesla’s quickest cars back then) in the coming decade. He went out on a limb and offered up the idea that Tesla could even reach Apple’s market cap at the time, $700 billion, by 2025.

While many people love to highlight the forecasts Elon gets wrong, you seldom see those people acknowledge the bold ones he got right — and there were some big ones when it comes to Tesla. In fact, this particular forecast is so infrequently discussed that even I totally forgot about it! It turned out that Elon was right about Tesla reaching a market cap of $700 billion, but that he was off by 5 years. It happened 5 years earlier than he predicted it might. At the end of 2020, Tesla’s market cap surpassed $700 billion.

Admittedly, Tesla stock (like much of the stock market) is in a funk at the moment, and Tesla’s market cap is down to $671.94 billion. That’s not far off of the $700 billion mark, but it must surely be lower than Tesla bulls in late 2020 and early 2021 thought it would be by now. Though, with this as the starting point, Tesla “Technoking” Elon Musk now has another bold prediction. He thinks that, if the company executes very well on its various plans, Tesla’s market cap could surpass the current market caps of Apple and Saudi Aramco combined. He didn’t put a timeframe on the target this time, though.

As the chart above from James Stephenson shows, surpassing the combined market cap of Apple and Saudi Aramco means reaching a market cap of ~$4.4 trillion, more than six times Tesla’s current market cap of ~$0.7 trillion. If that is indeed going to happen, the core question is: what’s the timeframe for that?

The past is not prologue, and there’s no guarantee that Tesla stock will rise like this just because Elon predicted it and he was right about his previous such prediction. However, responses to the statement are similar to responses to his 2015 one. Many Tesla fans are cheering the bullish sentiment and consider it to be almost a certainty now, perhaps even within 5 years again. Those who are more skeptical or critical of Elon and Tesla, on the other hand, see it as a crazy statement that is not based in logic and some even think that Elon is hyping up the stock (or “pumping” it) in order to sell stock to help fund his purchase of Twitter. (One does have to think, though: Does selling stock when it’s expected to rise so much in order to buy Twitter mean that Elon thinks Twitter’s value will rise that much or more? Or does Elon really think this is a more noble and helpful contribution to humanity than, for example, helping to feed millions of people suffering from hunger and famine while retaining more of his Tesla shares?)

In the 2015 news article referenced near the top, the journalist wrote, “Elon Musk says a lot of bold things. But he may have just outdone himself.” Others laughed at him. Others criticized him and called him a fraud. Others said there was a 0% chance Tesla would reach a market cap of $700 billion. And plenty of people thought he was simply trying to pump up the stock.

All of this is to say, we must at least consider it a decent possibility that Elon will be right again on this topic. Tesla is expected to produce about 1.5 million in 2022, and deliver almost that many. Elon Musk’s target is for the company to reach a production run rate of 20 million a year in 2030. That’s more than 13 times more. Even if you consider that … insane … and estimate 10 million sales in 2030, that’s 6.7 times more, a somewhat higher increase than Elon expects the stock price to see.

None of this means that Elon is always right in his predictions. He thought COVID-19 would go away by April of 2020 naturally. He believed Tesla would achieve robotaxi-level full self driving in 2020. Nonetheless, he has been quite good at forecasting some things related to Tesla, like its medium-term and long-term growth and profitability.

Tesla Semi spotted towing in likely final round of testing 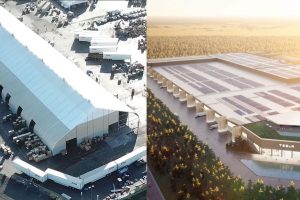 Tesla was in a very different position back in 2018. The firm 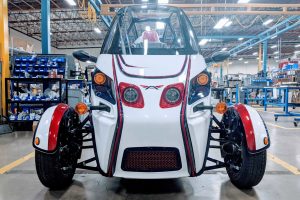 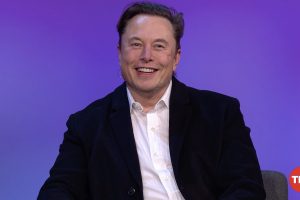 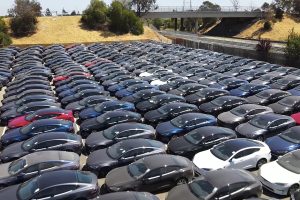 Electric Vehicles could be eligible for the Renewable Fuel Standard Credit, which