Tesla started working to improve energy storage years ago in order to deal with the foreseeable rise in intermittent renewable energy production. Alongside scaling up battery production for electric cars, Tesla got to work scaling up battery production for stationary energy storage, which complemented each other both technically and economically. This work has been done with great success: Tesla’s share price, combined with traditional car manufacturers’ scramble to also start production of electric vehicles, says it all.

In 2015, at the launch of Tesla home & business batteries (the Powerwall and Powerpack), Elon Musk said: “We’re talking about trying to change the fundamental energy infrastructure of the world.” Tesla’s missing piece, however, is the untapped potential of Tesla car batteries. These could truly enhance the energy arena if they were allowed to not only draw power from the grid, but feed power into the grid as well (“vehicle to grid” functionality).

There is high and urgent demand for storage capabilities at present in Tesla’s scorching home state of California. The only thing inching toward this that Tesla has done publicly so far, however, is request its car owners not charge their cars between 4:00 and 9:00 PM. Good start, thanks, but why not seriously do more?

Let’s make a simple calculation: there are at least 100,000 Tesla cars in California which have a battery capacity of at least 50 kWh, of which we could use 40% for feeding into the grid. Even in this totally minimalistic scenario, this results in a whopping 2 GWh of storage capacity!

If California actually exports power during the daytime but has a serious production shortfall in the late afternoon and first half of the evening, when solar production drops while demand remains high, would it then not make perfect sense to “fill up” most Tesla vehicles during the afternoon and partially empty them through feed-in later in the day?

Why has there been no decision from Tesla to add “vehicle-to-grid” functionality so as to relieve the grid in its red hot home state? Berkeley Lab had already confirmed this great EV potential back in 2018! Allowing this globally would also tremendously reduce both costs and pollution from standby fossil-fueled “peaker plants.” European grid operators have already been active in this arena. What’s holding this back in California?

It might just be a simple matter of profitability. Storage has been contracted by at least one major Californian utility, with 730 MWh being constructed as we speak by … Tesla! Although this is a pretty massive storage volume, it becomes less impressive when compared to the total amount of storage potential of all Tesla cars in California. Considering that most private cars stand idle at least two thirds of the day, Tesla car owners did not actually buy a car: they bought a power storage facility that can also move people around in a stunningly comfortable and safe manner. Expecting these buyers to also purchase a Tesla Powerwall makes little sense: they already purchased a brilliantly disguised storage facility with far higher capacity, and it’s standing in their driveway.

Of course, a home battery has some advantages which the car does not have, but that’s no excuse for depriving Tesla owners of vehicle-to-grid functionality. If you think about it, selling massive battery facilities to utilities is actually quite offensive to Tesla car owners in this region: they get to pay double (car plus tariffs) instead of earning money by feeding into the grid.

The world is in dire need for clean electrification, including transport and the rapid expansion of energy storage. Let’s not neglect available storage capacity where it is already at hand. It’s disrespectful to customers and urgent energy storage and flexibility demands to do so. 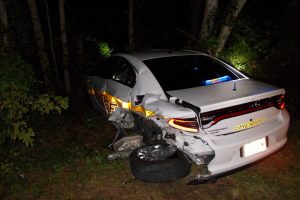 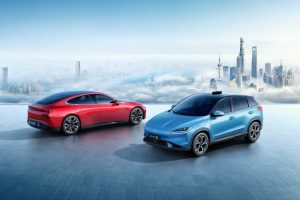 Tesla’s holistic, integrated approach has redefined the concept of an automaker. As 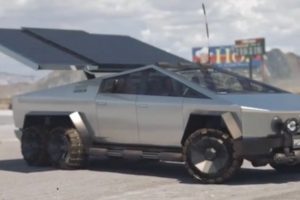