Tesla enabled its fleet of deployed Powerwalls in affected areas of California to charge up from the grid by activating the Storm Watch function on the Powerwall in advance of a wave of rolling blackouts slamming California over the last two weeks. The blackouts were triggered by an extended heat wave causing excessive use of energy-intensive air conditioning and a handful of wildfires blazing across much of the state.

To mitigate the spike in electricity demand caused by the heatwaves and to protect homeowners in the event of a local wildfire, Tesla pushed out a series of notifications to Tesla owners and activated Storm Watch. Storm Watch enables Tesla Powerwalls to pull power from the grid to charge up as quickly as possible. A full battery leaves homeowners in the best position possible in the event of a wildfire impacting their region.

When our home burned down in 2017, the power from the grid dropped off a number of times in the hour before we evacuated. This made it difficult for us to gather up our final belongings, take photos of our home and most importantly, to open our garage.

We literally ended up having to manually open and close our garage just to get our cars out as we fled the property. Hours later, our home burned to the ground. All that to say, Storm Watch is more than a nice to have feature, providing a meaningful power reserve in the event of a grid failure.

Earlier in the heatwave, Tesla sent out push notifications directly to Tesla vehicles, the Tesla smartphone app, and via email to inform owners about the grid straining events. The notifications let owners know about the events along with actions they could take to optimize their Tesla systems for the grid events.

Tesla vehicles: An in-car pop up notification informed owners of the grid crisis, requesting they shift Supercharging at Tesla’s public charging stations and charging at home to something outside of the critical 4pm – 9pm period.

Powerwall: During the heatwave, Tesla emailed Powerwall owners across the state with guidance about how to change the operating mode to optimize the Powerwall and accompanying rooftop solar systems (if applicable) to the Time of Use setting. In this mode, the Powerwall does everything it can to minimize the amount of power pulled from the grid during peak periods.

In response to Tesla’s email, I switched our home Powerwalls to the Time of Use setting. The result was a constant desire for our combined solar-plus-storage system to not only minimize the strain our home added to the grid, but regularly resulted in our home running on the Powerwalls during the peak period, pushing all of our solar to the grid.

A Backup Battery That’s Smarter Than You

By default, the Tesla Powerwall is optimized to store the solar power coming from a rooftop solar power system during the day, doling it out in the wee hours of the night after the sun goes down. Owners have a few options to customize the Powerwall, with the ability to maximize self-consumption of the on-site solar generation, an option to use the Powerwall in Backup mode to store power in the event of a grid failure, or to enable a more granular time-based control.

When bundled with a solar installation, all of these options utilize power from the local solar system to charge the battery, but the battery does have the ability to pull power from the grid in some circumstances.

The Power of Distributed Storage

Turning a home from a consumer to an on demand generator is a massive shift in how individual homes respond to and are impacted by grid strain events. A single home responding this way is neat. A neighborhood transforming from net consumers to net generators is impactful. Scaling intelligent, connected solar-plus-storage installations across a city, a region, a state, or a country changes how the grid works.

Tesla’s ability to remotely activate and communicate to thousands of users based on geographical location, acts of god, weather forecasts, and current hardware state is a powerful tool that gives us a look into the future of the electrical grid. Electricity customers are increasingly transforming into microgrid managers.

Nerds like us will dig into the details and geek out, but the reality is, most consumers won’t think about it. Their increasingly intelligent solar-plus-storage hardware will simply work on their behalf in the background to stabilize the grid, save them money, and increase the resilience of their home. 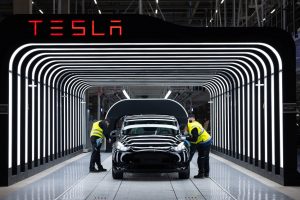 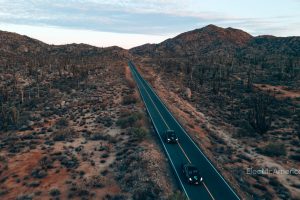