Tesla’s request for tougher penalties on automakers that fail to meet U.S. fuel economy standards was thrown out by a U.S. appeals court on Thursday.

The request from the electric automaker was initially put forward in April 2021 but was rejected by the Second Circuit U.S. Court of Appeals as there was a pending investigation into the company’s vehicles by the National Highway Traffic Safety Administration (NHTSA). Tesla once again asked for the court to take immediate action in August when it submitted a second complaint. The court rejected Tesla’s request yesterday.

Automakers have been held to penalties for not meeting emissions and fuel economy standards, but former President Donald Trump doubled potential penalties during the final days of his four-year run in the White House. This affects Tesla directly because it sells credits to other automakers, which helps companies who cannot reach fuel economy standards avoid massive penalties. Automakers have voiced that the penalties could cost them up to $1 billion every year if they do not meet rules and are forced to buy credits from other carmakers that can sell them.

When Trump increased the penalties for not aligning with Corporate Average Fuel Economy (CAFE) requirements, Tesla’s sale of credits became less valuable, according to Reuters. Previously, former President Barack Obama had set the penalties to start with the 2019 model year. Trump’s revision set the effective date with 2022 model year vehicles.

Tesla met with the NHTSA in August to request a withdraw on Trump’s action. The company said that Trump’s increase in penalties “produces continuing uncertainty in investments and transactions across the industry, and any delays will continue to have deleterious effects on the credit market until the issue is resolved.”

General Motors, Toyota, Ford, and Volkswagen all opposed Tesla’s request, stating “That Tesla might benefit from more certainty about the worth of the CAFE credits that it has amassed is hardly a reason to cut off an ongoing administrative process.” GM, Ford, and Volkswagen have all increased their output of EVs with recent vehicle releases. Toyota focused on hydrogen fuel cells for a while but recently announced a massive shift to electrification with a sizeable investment.

Stellantis, the parent company of Chrysler, said that increased penalties could cost the company $609 million (€521 million). The automaker paid almost $150 million in 2016 and 2017 for failing to meet requirements. 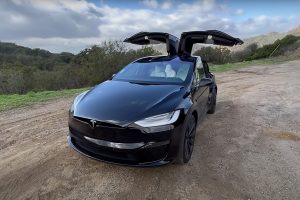 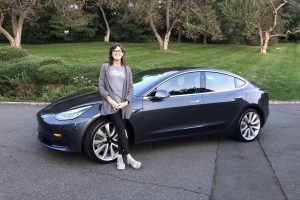 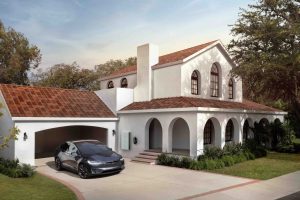 Tesla was issued a patent for camouflaged solar panels recently. The patent