A recent report from Germany suggests that Tesla Gigafactory Berlin’s final approval is expected to be released at the end of this week. A grand opening event, complete with the first deliveries of the Made-in-Germany Model Y, is reportedly being prepared as well.

The information was recently shared by German news outlet Tagesspiegel, which noted that Prime Minister Dietmar Woidke’s “Task Force Tesla” had met last Tuesday to discuss the facility’s final approval. The meeting reportedly only lasted 20 minutes, but the discussions were clear: there were no more significant challenges facing Tesla’s Germany-based electric vehicle factory.

Preparations are reportedly now underway for Gigafactory Berlin’s grand opening event. The official opening of the facility is scheduled for March 22, 2022, according to the news media outlet, though this date could be pushed back a day to March 23, 2022 instead. Brandenburg police are reportedly making necessary preparations for the event as well.

Gigafactory Berlin was initially announced by Tesla CEO Elon Musk in November 2019. Construction started soon after in 2020, with the company aiming to start Model Y production as early as June 2021. This date proved to be too optimistic, as Giga Berlin encountered one challenge after another. The project faced issues involving a complicated approval process, strong opposition from environmental groups, and implications from Tesla’s addition of a battery plant to the complex.

It has been a long time coming for Gigafactory Berlin. But with the facility’s final approval now seemingly within reach, it appears that the wait will soon be worth it. 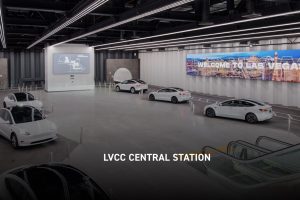 Revel, a startup that unveiled its plans to launch a Tesla Model 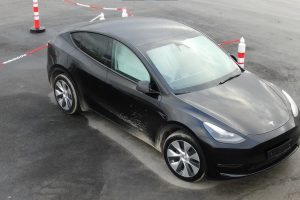 A black Tesla Model Y was recently spotted at Giga Berlin. Many