Reporters looking to catch some photos and videos of Elon Musk as he was exiting a Delaware court were left disappointed as the Tesla CEO left the area in a pretty sneaky manner. Videos posted online showed several members of the media audibly expressing their disappointment and frustration at the way the CEO departed the area.

Musk took the stand at a Delaware court on Wednesday to defend his current 10-year compensation plan with Tesla, which has effectively made him the wealthiest person in the world by net worth. The case was filed by Richard Tornetta, a TSLA stockholder who owns nine shares. Tornetta claimed that Musk had dictated the terms of his compensation plan so that he could easily meet its targets.

During his testimony, Musk explained that he did not dictate the terms of his current compensation plan with Tesla. “I was entirely focused on the execution of the company,” Musk said. It should be noted that Musk’s 10-year payment plan caught a lot of mockery when it was proposed back in 2018 because it seemed impossible for Tesla to become a $650 billion company within ten years. Tesla’s market cap back then stood at $59 billion.

Considering Musk’s divisive persona, it was no surprise that several members of the media were waiting for him as he exited the court. As could be seen in a video of his exit, however, Musk ended up trolling members of the media by denying them any good videos or photographs.

Musk’s troll-y exit from the court was pretty clever. A black Model Y he was riding in simply followed a Cadillac Escalade, which blocked the view of the media members as the CEO’s Tesla passed by. In the video, several members of the media could be heard audibly expressing their frustration, with some exclaiming, “Oh my god,” “Oh man!” “Wow,” and “Really?” Musk’s exit only took seconds, but it was enough to incite some laughter from social media users.

On Twitter, Tesla enthusiasts noted that Musk’s sneaky exit showed that the CEO’s security seems to be appropriately tight. YouTube commenters shared the same sentiment, with some lauding the CEO for trolling the media and their typical “clickhate” angle on anything Musk-related. It remains to be seen if Musk’s sneaky exit was intentional or not. But either way, it did provide some good laughs for some of the CEO’s supporters. 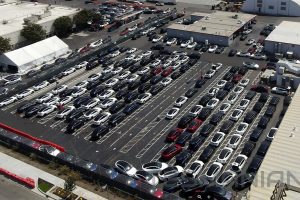 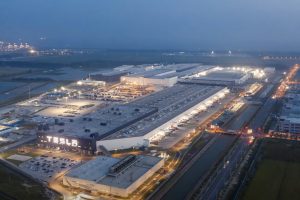 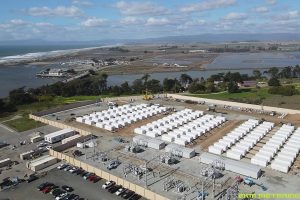 Tesla’s Megapack farm in Moss Landing, California, has gone through quite a