Tesla CEO Elon Musk’s Twitter feed was being questioned by SEC regulators last year, as the agency stated that his social media account had violated a court-ordered policy from a 2018 settlement that would require his Tweets to be pre-approved by company lawyers.

After Musk tweeted that he was interested in taking Tesla stock private at $420 a share in 2018, the SEC alleged that the CEO had committed fraud by communicating a potential buyout of the electric car company. The case was later settled by the SEC, Tesla, and Musk, who was required to pay $20 million in fines. Tesla also was required to pay a penalty of the same amount, and the settlement required Musk’s tweets to be examined and approved before he sent them out. Musk was also required to step down as Tesla’s chairman, a position that he would be ineligible to be re-elected to for three years, the SEC settlement said.

Musk paid the penalties and stepped down as the Chairman of the Board. However, in an interview with 60 Minutes, he admitted that he was not having his tweets regulated by company attorneys and that the First Amendment protected his speech. “Twitter is a warzone,” Musk said. “I do not respect the SEC,” he also said in the interview.

Now, The Wall Street Journal is reporting that it has uncovered several documents from the SEC that indicated that Musk violated the court-ordered pre-approval of his tweets last year. The SEC told Tesla in May 2020 that it had failed “to enforce these procedures and controls despite repeated violations by Mr. Musk.” A former SEC Senior Official named Steven Buchholz signed the letter and stated that Tesla failed to oblige by the settlement that was agreed to.

The WSJ said it obtained the documents through a Freedom of Information Act request.

Musk’s Twitter activity was difficult to regulate. The SEC asked a New York City court to consider holding Musk in contempt of court in February 2019, but the Judge said that the dispute needed to be settled, and the SEC agreed to modify the terms of the settlement. Instead, certain topics would be required for pre-approval and included anything regarding production figures, Tesla’s financials, and potential business ventures. Musk tweeted an update in July 2019 that updated his followers on his expectations for Tesla’s Solar Roof production rate and hoped that the company could manufacture 1,000 units per week by the end of the year.

Tesla told the SEC that the tweet didn’t require approval because it was “wholly aspirational,” meaning that it was just a hope of Musk’s and that production wouldn’t necessarily reach that level. It was a goal, not an update.

Musk then tweeted that “Tesla’s stock price is too high imo” in May 2020, another tweet that put the SEC into the realm of questioning Musk’s Twitter usage. According to the WSJ, Tesla once again didn’t review the tweet because it was Musk’s opinion.

In response to Tesla’s decision not to review the tweet, the SEC wrote (via Wall Street Journal):

“In the face of Mr. Musk’s repeated refusals to submit his covered written communications on Twitter to Tesla for pre-approval, we are very concerned by Tesla’s repeated determinations that there have been no policy violations because of purported carve-outs.”

Tesla’s attorneys said later that month that regulators have attempted to “harass Tesla and silence Mr. Musk” with repeated investigations.

The SEC requested that Tesla reconsider its positions in the investigations to “prevent further shareholder harm.”

“We urge the company to reconsider its positions in this matter by acting to implement and enforce disclosure controls and procedures…to prevent further shareholder harm.”

The rivalry between the SEC and Musk continues, it seems, with no real end in sight. Spiro’s claims that the SEC is targeting Musk align with the fact that the agency has repeatedly gone after the Tesla CEO with the basis that he is manipulating stock prices or affecting shareholder integrity. In reality, Musk’s ability to tweet is protected by his First Amendment right, and a shareholder decides to buy or sell a stock, not Musk. 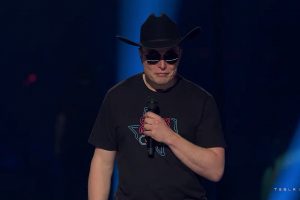 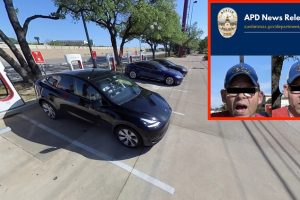 Being a Tesla employee definitely has its perks, but if an incident 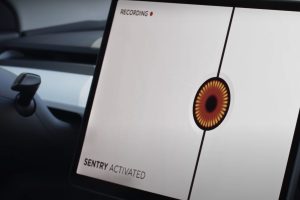