Shortly before SpaceX was scheduled to launch an Italian Earth observation satellite, a member of NASA’s Aerospace Safety Advisory Panel (ASAP) revealed that the company aims to conduct as many as 52 launches this year.

Supporting several estimates published by Teslarati over the last month, SpaceX officially targeting up to one launch per week in 2022 meshes well with the company’s record-breaking commercial launch manifest and plans for up to 10 Falcon launches in December 2021 and January 2022 alone. It also comes as no surprise after SpaceX’s spectacular performance in the first six months of 2021.

In H1 2021, before major production issues effectively halted all Starlink launches, SpaceX launches 20 Falcon 9 rockets in six months, demonstrating a sustainable cadence of 40 launches per year. Of those 20 launches, 13 were Starlink missions and 7 were commercial. Due to a lack of commercial launches and a lack of Starlink satellites to launch, SpaceX then proceeded to launch just three times between July 1st and November 11th.

However, in the last two months of 2021, SpaceX managed to go from launching three times in 19 weeks to launching eight Falcon 9 rockets in six weeks. Further, SpaceX completed five of those eight launches in less than three weeks. Given that that feat made December 2021 SpaceX’s first five-launch month ever just a year after SpaceX’s first four-launch month ever, it wasn’t unreasonable to assume that five launches in one month was a fluke. However, the fact that SpaceX abruptly went from a record of five launches in ~27 days to five launches in ~19 days did feel like more than a mere coincidence.

That was confirmed about two weeks later, when a US military official responsible for managing the Florida range implicitly revealed that SpaceX was targeting up to five East Coast Falcon launches in January 2022. It then became a question of whether SpaceX’s plans would survive the only true constant of spaceflight: delays.

However, three weeks later, SpaceX has successfully launched three Falcon 9 rockets and is on track to launch another two from Florida in the last few days of the month. Originally scheduled to launch in late 2021, the Italian Space Agency’s (ASI) CSG-2 Earth observation radar satellite was eventually rescheduled for January 27th, but poor weather forced SpaceX to delay that launch to 6:11 pm EST (23:11 UTC), Friday, January 28th. Perhaps less than a day later, as early as 2:39 pm (19:39 UTC) on Sunday, January 30th (delayed from Jan 29), another Falcon 9 rocket is scheduled to launch a batch of approximately 49 Starlink satellites known as Starlink 4-7.

Last but not least, SpaceX has already tested and static-fired a third Falcon 9 rocket and is prepared to launch the National Reconnaissance Office’s (NRO) NROL-87 spy satellite(s) out of California’s Vandenberg Space Force Base (VSFB) no earlier than (NET) 11:07 am PST (19:07 UTC), Wednesday, February 2nd. If all three of those launches happen according to plan, SpaceX will have kicked off 2022 with six launches in the first five weeks of the year and, technically, just 27 days. Further, over a period of 10 weeks, SpaceX will have potentially completed twelve Falcon 9 launches.

In short, while just one month into the year, SpaceX is undeniably maintaining the launch cadence it will need to launch an average of one Falcon rocket per week for all of 2022. It’s obviously far more likely that unexpected issues will arise, significantly delaying a number of launches and pushing SpaceX below its goal of 52 launches in one year, but even 40 launches per year would be an extraordinary achievement. If SpaceX actually does achieve 50+ launches in 2022, Falcon 9 and Falcon Heavy will represent the second rocket family in history to achieve such a cadence – and the first to do so since the 1980s.

Tune in below around 6pm EST on Friday, January 28th to watch SpaceX’s fourth Falcon launch of the year. 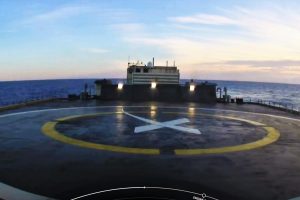 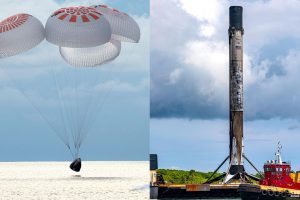 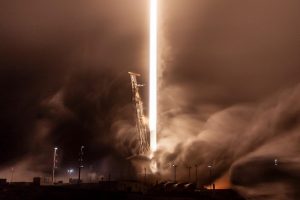 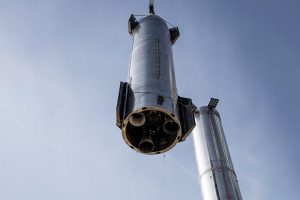