SpaceX says that dozens of the 49 Starlink satellites aboard its most recent Starlink launch may have been doomed by a “geomagnetic storm” that arrived the day after.

In an update published on SpaceX.com, the company revealed that “up to 40 of the [49 Starlink V1.5] satellites [launched on February 3rd] will reenter or already have reentered the Earth’s atmosphere” after the “severity of the storm caused atmospheric drag to increase up to 50 percent higher” relative to past Starlink launches. The incident is likely the first time in spaceflight history that a geomagnetic storm – solar weather – has caused satellites to fail because of its effects on Earth’s atmosphere.

There’s some ambiguity in SpaceX’s statement as to how exactly the storm caused up to 40 Starlink satellites to fail or if those satellites actually failed, per se. According to SpaceX, a geomagnetic storm that began on February 4th caused “the atmosphere to warm and atmospheric density at [the mission’s] low deployment altitudes to increase [up to 50%],” thereby increasing the drag on each Starlink satellite by the same amount. SpaceX intentionally launches almost every batch of Starlink satellites to very low parking orbits with perigees (the point of the orbit closest to Earth) around 200 kilometers (125 mi).

At that altitude, both Falcon 9’s upper stage and malfunctioning Starlink satellites will naturally reenter Earth’s atmosphere in a matter of weeks or even days, thus guaranteeing that satellites that fail early on won’t become space debris. Only the Starlink satellites that pass initial testing in orbit are allowed to raise themselves to operational orbits around 550 kilometers (340 mi), where a failed satellite will instead take years to deorbit. Just 500 kilometers higher, natural decay takes decades or even centuries.

For Starlink 4-7, it’s ambiguous if the radiation environment created by the geomagnetic storm or days of exposure to the edge of the atmosphere actually damaged dozens of Starlink satellites beyond recovery or if they simply deorbited so quickly in the unusual environment that they fell past the point of no return. In the latter scenario, the incident is effectively an unforeseen fluke of nature – especially given that three-dozen other Starlink launches have run into no such issues in the last three years. In the fluke-of-nature scenario, it’s also unclear if SpaceX could have predicted – and thus prevented – the anomaly.

SpaceX says it “commanded the satellites into a safe-mode where they would fly edge-on (like a sheet of paper) to minimize drag” as soon as it was aware of the issue but that “the increased drag…prevented the satellites from leaving safe-mode to begin orbit raising maneuvers.” Based on that phrasing, the most obvious explanation is that the added drag caused up to 40 of the satellites to fall far enough into the atmosphere that their ion thrusters would no longer be able to raise their orbits faster than the drag was lowering them. Raising their solar arrays into the position needed for maximum power generation (and thus maximum sustained thrust) would also drastically accelerate reentry.

The 40 satellites SpaceX believes will be lost likely cost the company anywhere from $10 million to $40 million to build, making for a very expensive lesson. The anomaly also means that SpaceX will likely need to factor in yet another weather condition – geomagnetic storms – into Starlink launch planning. If a bit more time could have saved Starlink 4-7, it’s possible that the company will also consider slightly raising the low parking orbits used for Starlink, trading slightly slower natural reentries to reduce the risk of losing dozens of brand new satellites again. 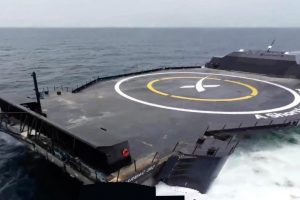 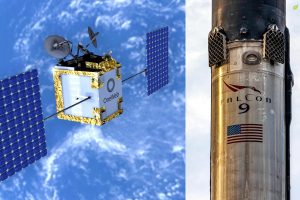 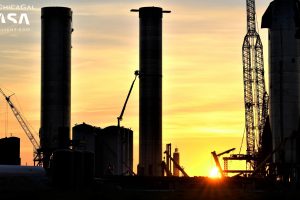 Amid a flurry of deliveries and work on several new Starship boosters, 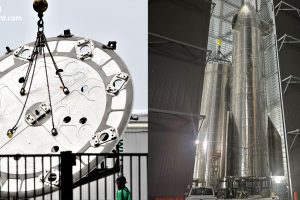