Tesla will hold a random drawing for retail shareholders who want to attend the Tesla Semi delivery event. In October, PepsiCo confirmed that it would take delivery of its Tesla Semi on December 1 at two of its facilities in California.

On Friday, Tesla’s head of investor relations, Martin Viecha, tweeted that Tesla will hold a random drawing where one share of TSLA equals one entry into the drawing.

“If you want to attend the Semi delivery event as a retail shareholder, please make sure you have a verified shareholder status on our IR website (unverified manual submissions are eligible if the paperwork is correct). We’ll be doing a random draw where 1 share = 1 entry.”

His tweet included Tesla’s tweet from July announcing the launching of its Shareholder Platform. The platform allows shareholders to participate in events and access exclusive features. Tesla shareholders can confirm their status through Say, a third-party platform that Tesla uses to allow investors to submit questions for earnings calls.

As the delivery date draws closer, there have been more sightings of the Tesla Semi.  A recent sighting of the Semi took place on a highway in the Bay Area. In October, the Tesla Semi was spotted pulling a trailer and accelerating from a dead stop.

During Tesla’s second AI Day event, the Semi was seen with Cybertruck graffiti art on the trailer. 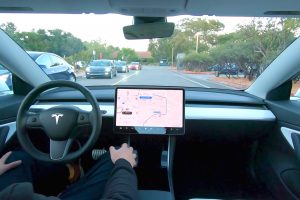 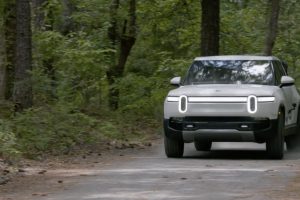 Rivian Automotive announced it produced 2,553 vehicles while delivering 1,227 of them 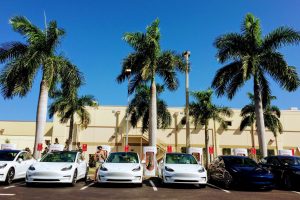 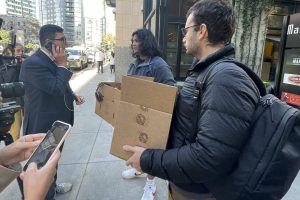 Elon Musk is, in many ways, a fan of internet jokes and