Tesla may have shared a clue on what its Optimus Bot prototype looks like. Notice the hands forming a heart.

Tesla’s Optimus Bot prototype will most likely have very different features from what we saw on AI Day last year. During the presentation, Tesla didn’t have an actual working prototype. This time, I think, will be different.

On AI Day last year, Tesla CEO Elon Musk announced that Tesla was working on a robot called Optimus. And someone dressed up as a robot came out and danced on stage. Elon has said several times that the Optimus Bot will become a valuable part of the company.

“I was surprised that people do not realize the magnitude of the Optimus robot program. The importance of Optimus will become apparent in the coming years. Those who are insightful or who listen carefully will understand that Optimus ultimately will be worth more than the car business and worth more than full self-driving, that’s my firm belief.”

When Tesla shared its graphic for AI Day last year, it gave a visual hint as to what Dojo would look like. I didn’t realize what the graphic was until Dojo was presented. However, I am no AI expert and was honestly kind of surprised (and excitedly grateful) when I was invited to attend in person.

In this year’s banner, you can see a pair of robotic hands forming a heart. Although this is a cute graphic that would go great on merch, especially for Valentine’s Day, Tesla is known for giving out little hints.

Perhaps this is a visual hint as to how the Optimus Bot’s hands will look. Or, I could just be speculating and completely way off base. However, I’m not alone in my thinking. Other members of the Tesla community have had similar thoughts.

For Tesla’s Optimus Bot to do the tasks that humans find dangerous, boring, or unenjoyable, the bot will need to have hands that are extremely similar to that of a human. Human hands are very dexterous and can do a lot. We often take advantage of them.

Our hands can do a lot from typing, cooking, and writing to self-defense, art and so much more. Whether or not this is a graphic or an actual image of the Optimus Bot’s hands turned into a graphic, Tesla’s AI Day part 2 will be very educational.

Although this is pure speculation on my part, I do wonder if that graphic is a clue. However, it could just only be a cute and creative graphic.

Elon Musk was recently a guest on the Full Send Podcast where he had a great conversation about almost everything including artificial intelligence.

He said that it’s high on his risk list and that it’s advancing rapidly. When asked how soon, Elon replied that it would be less than ten years.

Elon noted that computers are already smarter than us in most respects and brought up the use of AI technology in advertising. 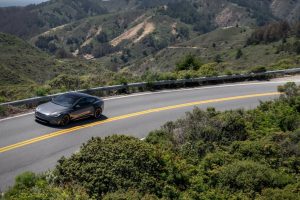 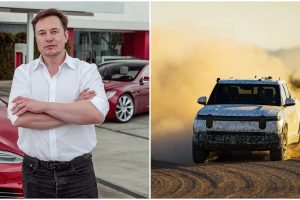