Tesla Model Y reservation holders in Germany have received messages from the electric vehicle maker that hints at the company’s focus on its customers. As per the message, Model Y customers who are unable to take delivery of their vehicles by the end of the year will still receive the German government’s current incentives for electric cars — Tesla will simply be paying for the difference.

Germany’s government incentives for electric vehicles are expected to be reduced next year. This would have been bad news for some Tesla customers, as demand for the Model 3 and Model Y has resulted in some orders likely being fulfilled in 2023. Thus, even if vehicles are ordered today, some customers would likely end up taking delivery of their cars in 2023, when the German government’s electric vehicle incentives would already be adjusted.

As noted in screenshots of a message sent by Tesla to its customers, however, the electric vehicle maker will be covering the difference between the current incentive and next year’s adjusted incentive. This would be implemented for vehicles whose orders are placed until December 31, 2022. Tesla community member @tesla_adri shared images of the company’s message, as well as a rough translation of its text.

A message to a Model 3 reservation holder reads as follows:

“The environmental bonus will decrease in 2023. We want to make sure that you benefit from the high environmental bonus funding with your Model 3 – even if you will not receive your vehicle until 2023 due to the high demand this year. We will also pay for the difference in the environmental bonus amount between 2022 and 2023 if you meet the conditions for compensation. At the moment, you don’t have to do anything else,” Tesla wrote.

Tesla’s operations in Germany have been quite impressive as of late. Just recently, the company launched two new premium colors for the Model Y being produced in Gigafactory Berlin. Dubbed Quicksilver and Midnight Cherry Red, the two new premium colors effectively replaced Midnight Silver Metallic and Red Multi-Coat paint, both of which were more affordable in price.

Despite this, orders for Model Y in the new colors seemed to be strong, with wait times for Model Ys painted in Midnight Cherry Red being moved as far back as July 2023. Recent photos taken of the Gigafactory Berlin complex have also revealed that the facility’s cell production building seems to be closing in on completion. 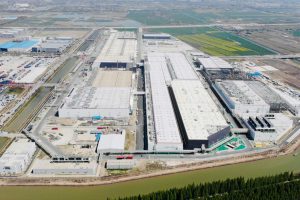 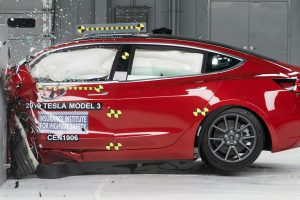