In the latest twist in the saga of SpaceX’s custom-built Starship launch pad propellant storage tanks, the company appears to have retroactively decided to build small prototype meant solely for testing.

Known as a ‘test tank,’ the relatively small steel structure was fairly rapidly assembled from parts of an older Ground Support Equipment (GSE) tank scrapped in July over the last week or so. SpaceX completed the first Starship-derived propellant storage tank in April 2021 and rapidly rolled that tank (GSE1) and a second (GSE2) from the build site to the orbital launch pad just a few weeks apart. Less than a month after that, SpaceX also completed GSE tank #3, though things seemingly devolved into chaos immediately thereafter.

Only three months later would GSE3 finally be transported to – and installed on a concrete mount at – Starship’s first orbital launch site, and only after a number of structural modifications and in the footsteps of GSE tanks #5 and #6. Little is known about why SpaceX’s custom GSE tank production faltered so soon after it began, why none of the five Starship-sized tanks installed at the orbital pad have been fully plumbed or subjected to any kind of testing, or why structural modifications were seemingly required after the fact. However, it’s safe to say that SpaceX’s brand new GSE ‘test tank’ is now at the center of the mystery.

Thankfully, at minimum, the rapid appearance of SpaceX’s first GSE test tank returns some level of familiarity to the brief but chaotic history of Starship’s orbital launch pad propellant tanks. Test tanks are nothing new and have been an integral part of Starship development since Test Tank 1 first headed to SpaceX’s suborbital launch (and test) facilities in January 2020. In the 20 months since, SpaceX has built and tested seven small test tanks, several of which didn’t survive.

Now, almost as if SpaceX snapped out of a trance and remembered the utility of test tanks, the company has assembled a subscale GSE prototype presumably meant to verify that its custom-built propellant storage tanks can handle a set of conditions significantly different from the Starships they’re derived from. In this case, that GSE tank was quite literally built from scrapped sections of GSE tank #4. In fact, the top half (forward dome section) was quite literally cut off of GSE4 after the tank was scrapped last month for unknown reasons.

Over the last several months, while GSE tank production and installation took an unexpected hiatus, SpaceX workers slowly but surely welded steel rings (stiffeners) to the exterior of GSE1, GSE2, and GSE3. When GSE5 and GSE6 eventually headed to the pad, they left with those stiffeners already installed, implying that whatever tripped SpaceX up was likely structural. The GSE4 test tank also includes external stiffeners along each circumferential weld (where rings were stacked or domes joined).

At the same time as SpaceX was (or wasn’t, for several months) building its own GSE tanks, contractors normally tasked with assembling water towers and storage tanks in situ built eight massive 12m (~40 ft) wide tanks of their own. Deemed “cryo shells,” much like their name suggests, those tanks are meant to fully enclose SpaceX’s GSE tanks. SpaceX will use those shells to insulate their thin, single-walled steel propellant tanks, thus keeping their cryogenic contents cryogenic for as long as possible. How they’ll be insulated is unclear, though.

Based on the seemingly retroactive decision to strengthen the exterior of those GSE tanks, the general consensus as of late is that SpaceX wants to pull at least a partial vacuum in the gap between shell and tank. It’s also possible that SpaceX will do the opposite and pressurize that gap (as much as possible) with an insulative gas like nitrogen. Extra confusion comes from the fact that Starship tanks are technically designed to support a literal spacecraft (operating in a near-total vacuum) without the need for external stiffeners.

Additionally, it’s fairly clear that SpaceX hasn’t built a custom subscale cryoshell or concrete installation pad for its GSE4 test tank, meaning that it will really only be useful for testing some of the loads operational GSE tanks will experience inside their sleeves. Additionally, given that SpaceX has already completed six of the orbital pad’s seven GSE tanks and all seven of their cryosleeves, the discovery of any significant issues during GSE4 testing could easily trigger months of rework and delays. With any luck, though, GSE4 will sail through an imminent test campaign, clearing the way for SpaceX to finish plumbing, sleeving, and activating Starship’s first orbital launch site tank farm. 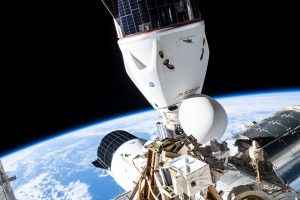 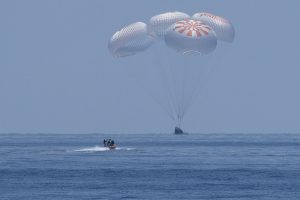 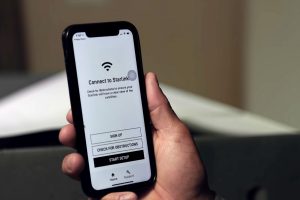