On April 14, SpaceX President Gwynne Shotwell spoke at the Massachusetts Institute of Technology’s Department of Aeronautics and Astronautics’ SpaceTech meeting. Shotwell said at the press conference that the company’s next-generation launch vehicle, Starship, would fly “large numbers of people” in 5 years. A starship is being developed to carry out missions of up to 100 passengers. “Starship is an amazing machine. I could not be more excited about a vehicle than I am about Starship. That is the vehicle that will take people in great numbers to the moon, to Mars,” Shotwell explained. For point-to-point transportation across Earth, SpaceX wants to use Starship as an alternative to airplanes. “I believe we will be flying large numbers of people on Starship in five years,” she predicted.

Dava Newman, a professor at MIT and a former NASA deputy administrator, asked Shotwell if SpaceX will be able to transport astronauts to Mars en masse by 2030 to 2035, to which she replied, “We’re shooting for before 2030. It might end up taking that long, but I hope not.” Shotwell clarified that the timeline was based on the company’s original goal of flying a large number of people on lunar missions and Earth-to-Earth travel. “You’re flying enough where you hopefully have enough knowledge of the system and knowledge of risk that you can definitely start the journey to Mars within the next five years,” she said, assuming you have enough knowledge of the framework and danger. “I recognize… we never make our timelines, so they’re aspirational. But you have to aim high,” Shotwell said. SpaceX’s ultimate goal is to create 1,000 Starships over a ten-year period in order to colonize Mars. By 2023, SpaceX will have completed its first crewed flight, which will transport at least twelve passengers around the moon. Yusaku Maezawa, a Japanese entrepreneur who is helping to finance the spacecraft’s production, has booked the space tour.

The ambitious launch system is still in the research and development stage. Engineers are currently working on a way to launch a Starship concept that won’t explode when it lands. The vehicle is currently being built at SpaceX’s South Texas Launch Facility in Boca Chica Beach, Texas. A number of Starship designs have successfully completed high-altitude flight tests. Teams are quickly putting together stainless-steel vehicles in preparation for the launch of Starship SN15. Elon Musk, the founder of SpaceX, said the stainless-steel vehicle could launch as early as next week. Engineers hope that the ‘hundreds of design changes’ on the Starship SN15 will fix issues encountered during previous test flights. SpaceX plans to launch the first orbital attempt this summer with a space-ready prototype of the launch system. Starship would need a large launch tower to stack the Starship spacecraft atop the Super Heavy rocket booster in order to explore space for the first time. Starship will be launched into orbit by the rocket, which will then return to Earth to be reused. The first booster prototype as well as the launch tower are currently being installed.

You can watch SpaceX’s Starship progress live in the video below, courtesy of LabPadre on YouTube.

‘Tesla Killers’ are like Bigfoot: They don’t exist and they never will 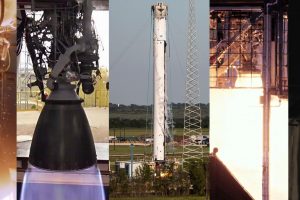 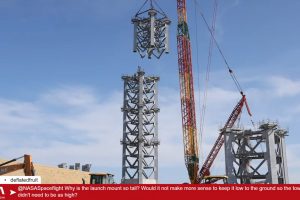 SpaceX has installed another prefabricated segment of a new Starship ‘launch tower,’ 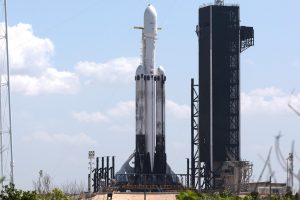