Ford is putting its money where its mouth is, pledging to spend more money on electric vehicles than the internal combustion engine cars that have fueled its 118-year history. Lisa Drake, Ford’s COO, said that in 2023, company spending would reflect its commitment to EVs, and the investment into electrification will officially surpass that of internal combustion engines.

“In 2023 … we’ll spend more on EVs than we will on ICE,” the COO said, speaking at an event hosted by Barclays. “We’ve been over the moon about the success of Mach-E, and the F-150 Lightning, by bringing in over 70% new customers to the Ford brand. What that allows us to do is, now we have an opportunity not only to lead on our ICE business, but also in the EV space with F-150. So our aspirations are high.”

Ford is committed to spending $30 billion on EVs by 2025, and the company has been the most committed in terms of electrification, undoubtedly. After the Mustang Mach-E began deliveries, Ford fans, and plenty of others, gave the company’s first EV a shot, and the reviews have been positive. With some small but expected bottlenecks with software, Ford is slowly but surely ironing out the issues within its first EV.

This is opening the door for the automaker to begin expanding its lineup of electric vehicles, starting with the all-electric F-150 Lightning, the EV version of the most popular pickup in the U.S. market. Ford also has plans to begin producing the E-Transit van in the future, offering sustainable options for its commercial selections.

CEO Jim Farley has been more than ecstatic with Ford customers accepting the company’s transition to EVs. “The demand for our first round of high-volume EVs clearly has exceeded our most optimistic projections,” he said. During the Q2 2021 Earnings Call, Farley said that Ford had amassed 120,000 reservations for the F-150 Lightning since being unveiled in May.

Ford, along with other legacy car companies that were invited to the White House last week to discuss electrification, expects its lineup to be 50% electric by 2030. Drake believes the government will have a major influence on the U.S. automotive market transitioning to electrification. “We’re going to rely a lot on some of the infrastructure policies and the administration’s aspiration to make this a bit more ubiquitous. We can’t do it alone,” Drake added, according to DetroitNews. “We’re very excited to see some of the bipartisan work that’s happening in Washington right now, because it’s going to be necessary to help us.”

The Bipartisan Infrastructure Bill that made its way to Senate last week should help automakers establish EV infrastructure, especially with charging points. The Bill has $7.5 billion set aside for the installation of EV chargers, especially in rural areas, according to the language used in the Bill. 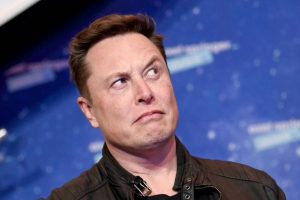 Elon Musk is currently the richest person in the world, taking over 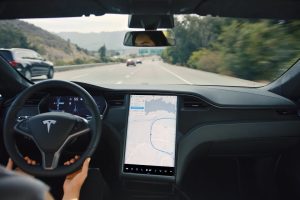 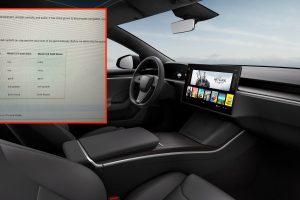