Elon Musk is working hard on a 360-degree clean energy strategy at Tesla. With solar, battery storage, and electric cars, Tesla is poised to reshape the global energy paradigm. However, Tesla’s products can only go so far. According to Mike Brown at Inverse, there’s something else — and it happens to be “the one big thing Elon Musk says could tackle climate change.”

What is it? During Tesla’s Q1 conference call, Musk offered his rationale (and argument) for a policy that would introduce taxes on energy sources that produce carbon.

“The right thing to do, I think from an economic standpoint, and I think almost any economist would agree, is to have a carbon tax,” Musk said. “Just as we have a tax on cigarettes and alcohol, which we think are more likely to be bad than good, and we tend to tax fruits and vegetables less.”

“The same should be true, we should tax energy that we think is probably bad, and support energy you think is probably good. Just like cigarettes and alcohol versus fruits and vegetables. It’s just common sense. But on the plus side… I’m not suggesting anyone to be complacent, but sustainable energy, renewable energy will be solved. It is being solved. But it matters how fast we solve it. And if we solve it faster, that’s better for the world,” notes Musk.

This wasn’t the first time Musk voiced support for a carbon tax. In a 2016 documentary produced by National Geographic, Musk told Leonardo DiCaprio that “if government sets the rules to favor sustainable energy, we can get there really quickly.”

On the positive side of things, this is already happening in some places around the globe. Brown reports that a carbon tax “would mean that big polluters have financial incentives to reduce their emissions. The World Bank notes that the most common form is a tax on the carbon content of fossil fuels. At present, 25 countries have a carbon tax in place.”

Will it happen here in the US? Not yet. But John Kerry, the special presidential envoy for climate, suggested [last] month that President Biden could pivot towards a carbon tax sometime soon: “He [Biden] hasn’t decided or made an announcement about it, but we all know that one of the most effective ways to reduce emissions is putting a price on carbon.” 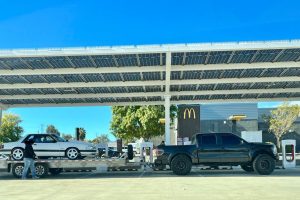 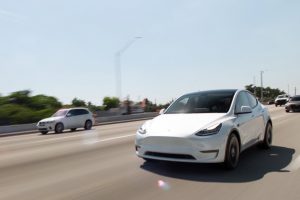 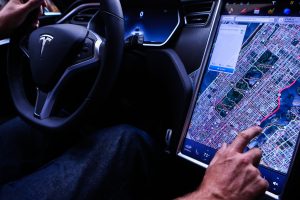 Self-driving cars are as fascinating as they are challenging to develop. The

Just another tax on the poor. I can jetset while you can’t because I can afford to pay more

Do it. Nothing changes behavior faster than raising prices. Yes, it’s another regressive tax, but pay it back with Andrew Yang’s Freedom Dividend. People will respond by using less ff.